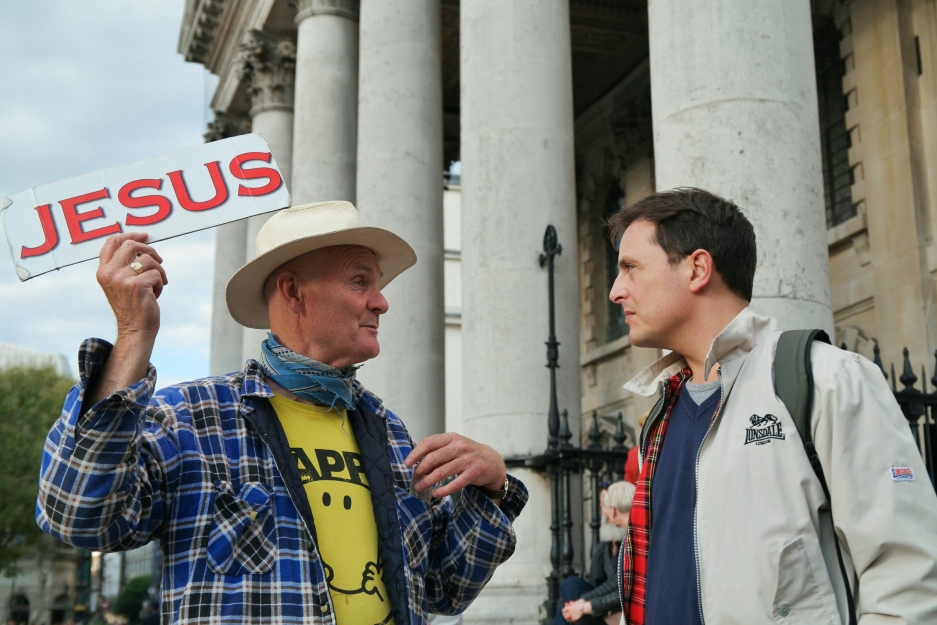 David McConnell was wrongfully arrested for preaching the Gospel of Jesus Christ and now won in court, he will receive a compensation of £4,500. McConnell claimed for wrongful arrest, false imprisonment and breach of human rights. According to the Christian Institute (CI), Mr McConnell was held for about six hours until a desk sergeant who listened to a recording of McConnell's speech released him without charge. The incident happened in December of 2019, in Huddersfield in West Yorkshire, where David McConnell was publicly preaching on the street to a crowd of 50 before the police arrived and arrested him for an alleged “hate-related public order offence” and “for preaching on gay rights and abortion”.

In court, he won his claim against West Yorkshire Police for wrongful arrest, false imprisonment and breach of human rights, as the police admitted liability in court papers. West Yorkshire Police agreed to pay McConnell a sum of £3,250 in damages caused to him plus additionally paying the legal costs.

Mr McConnell who was legally supported by the CI said: "I was just preaching the gospel to a crowd of about 50 when some people came up and started asking me all sorts of hostile questions. I tried to give straightforward answers but they just got angrier and angrier. They wanted to ask me about sexuality and abortion. I hadn't been preaching about these things. It was them who had brought the questions up. One of them obviously knew what they were doing because they called the police and claimed I'd caused 'harassment, alarm and distress'".

"I don't blame the police for responding to the call. But they should have asked me for my side of the story instead of just arresting me. They also got it wrong by not telling me what they were arresting me for. They just said 'when you get to custody we’ll explain why you are arrested'. At the station, the desk sergeant was a very reasonable person. I was allowed to keep my bible and a hymn book in my prison cell. Meanwhile, he listened to the recording of my preaching and quickly realised there'd been a mistake and that I had not broken any laws”, he added.

Deputy director for public affairs at The Christian Institute, Simon Calvert, who also supported David McConnell's case said: "This was a clear breach of Mr McConnell's human rights and a failure to follow the laws governing arrest and detention. West Yorkshire did the right thing by admitting liability and the court has issued a judgment in favour of Mr McConnell. This case has re-affirmed the value and importance of free speech. Christian street preachers have got as much legal right to speak in public as anyone else.”

The judge ruled in his case stating that: “Free speech includes not only the inoffensive but the irritating, the contentious, the eccentric, the heretical, the unwelcome and the provocative provided it does not tend to provoke violence. Freedom only to speak inoffensively is not worth having.”

McConnell concluded: “I’m thankful that the police have admitted what they did was unlawful. It was a very distressing experience for me. But I’m glad I can put it behind me. I have to say that, when I am preaching now, the police in Huddersfield are very good with me. I’m glad I’m able to continue to share the good news of Jesus Christ”, Mr McConnell concluded.

Mr Calvert, relieved with the judgement concluded, “we are glad the police have admitted they broke the law but more needs to be done to prevent these kinds of cases. The public is very concerned about the chilling of free speech. Instead of taking their cue on LGBT issues solely from LGBT groups, the police should be getting diversity training from a range of providers. This would remind them that, in a pluralistic and tolerant society, there is room for more than one opinion. Dissent from the orthodoxies of LGBT groups is not criminal. You can’t have the police acting as enforcers for cancel culture, using the power of the state to silence unfashionable voices. That is not their job. Their job is to uphold the law for everyone, including Christians, without fear or favour.”