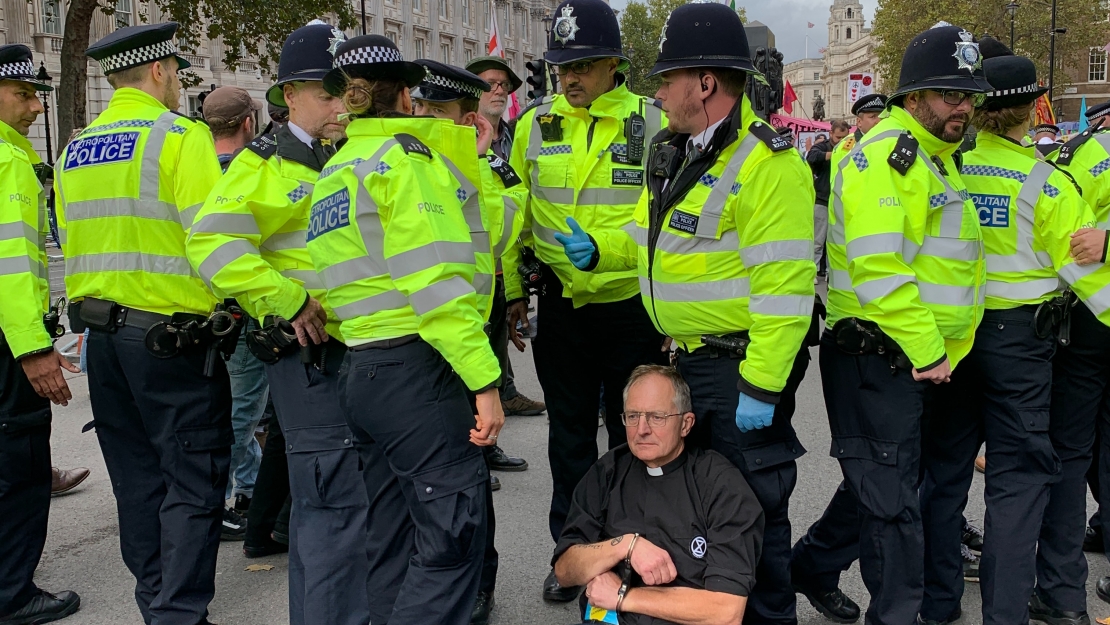 46-year-old street preacher, Andrew Sathiyavan, got arrested on Easter Sunday 2020 for publicly preaching on the street. Three police officers told him that he was "not allowed" to preach the gospel because he is causing anti-social behaviour and is in breach of current COVID regulations. Mr. Sathiyavan was then arrested and received a fine of £400. Since this is not the first time Mr Sathiyavan has been arrested by the police for street preaching he is now lodging an appeal and will be seeking legal action against the police, who arrested him for preaching, fined him and strip-searched him in Solihull in November of 2020.

Although Mr Sathiyavan, whose work encompasses preaching, supporting the homeless and people suffering from drug and alcohol addictions, was not breaking the law, he was arrested for doing exactly that. One officer stated that he was indeed “breaching Covid laws because you are here without a purpose. You are not exercising, you are not going to work, so you can get a fine. Under Covid laws you are allowed to be outside if you are going to the shops, exercising or going to work. You are doing neither; you are preaching and that is unacceptable.”

When asked if the covid regulations are prohibiting preaching the gospel, the officers replied "yes". Afterwards, Mr Sathiyavan was taken into custody and held for four hours. He was then released and received a fine of £400. In a first hearing, a judge ruled in favour of the police, stating that they were right to arrest and fine the Christian volunteer for street preaching on Easter Sunday. Subsequently, the Crown Prosecution Service (CPS) dropped the case since they had "insufficient evidence against Mr Sathiyavan to secure a conviction".

Dr Martin Parsons, an expert Christian theologian commented that "arrests of street preachers were until recently extremely rare." He pointed out that, “there is, therefore, a potentially significant conflict between this aspect of freedom of religion both in terms of how it has been developed in British constitutional history and the interpretation of current Coronavirus regulations by the Metropolitan Police.”

Mr Sathiyavan commented to the Christian concern: “In this instance, the police escalated the situation for no reason. I was treated like a criminal. In a separate incident when I was preaching in Birmingham, I was followed, harassed, arrested and then strip-searched in custody by the police. I have no alternative but to appeal and pursue legal action against the police. I don’t want Christians and preachers to be treated as I have been.

Chief executive of the Christian Legal Centre, Andrea Williams, stated: “The treatment of Andrew Sathiyavan was disturbing. This is a man who spends his life reaching and serving the poorest and most marginalised in our society – the people who fall through the cracks and are left behind by the system. This man has a heart for the poorest in our society and for trying to reach out to them found himself locked up in a cell and strip-searched. The police presence on Sutton High Street caused a greater risk to public health than if they had allowed Andrew to continue preaching. The inconsistencies in the policing on these issues during the pandemic has been stark. Christian preachers seem to be easy targets and other groups favoured. We will stand with Andrew as he now appeals and pursues legal action".

During the Covid pandemic, 85,000 Covid fines were issued which are being reviewed. Mr Sathiyavan case is just one of many. It is said that the case highlights serious inconsistencies in the approach of the police to the covid regulations.

Update 27.05.2022: On May 27th, the court ruled in favor of Andrew Sathiyavan, as they found he was providing "voluntary or charitable services" when he was preaching. This overturns the previous ruling which upheld the police fine.

The ruling stated: "We accepted that, on that particular day [the most important in the Christian calendar] the focus of Mr Sathiyavan’s ministry was the homeless, the poor and drug addicts, many of whom will not have ready access to Facebook, the internet or other forms of social media.”

It continued:  “We accepted that, on that particular Easter Day, the fact that there were few people on the High Street in Sutton was immaterial to Mr Sathiyavan for, as he told the Court, if ONE PERSON was “saved” that was sufficient as he would have done as Christ did, namely, to go in search of the one lost sheep.”

Mr Sathiyavan said after the case: “I am relieved that the case against me has finally been dropped. I was treated like a criminal for preaching about Jesus Christ.