Church Burned Down in Glasgow, Possibly by Arsonist 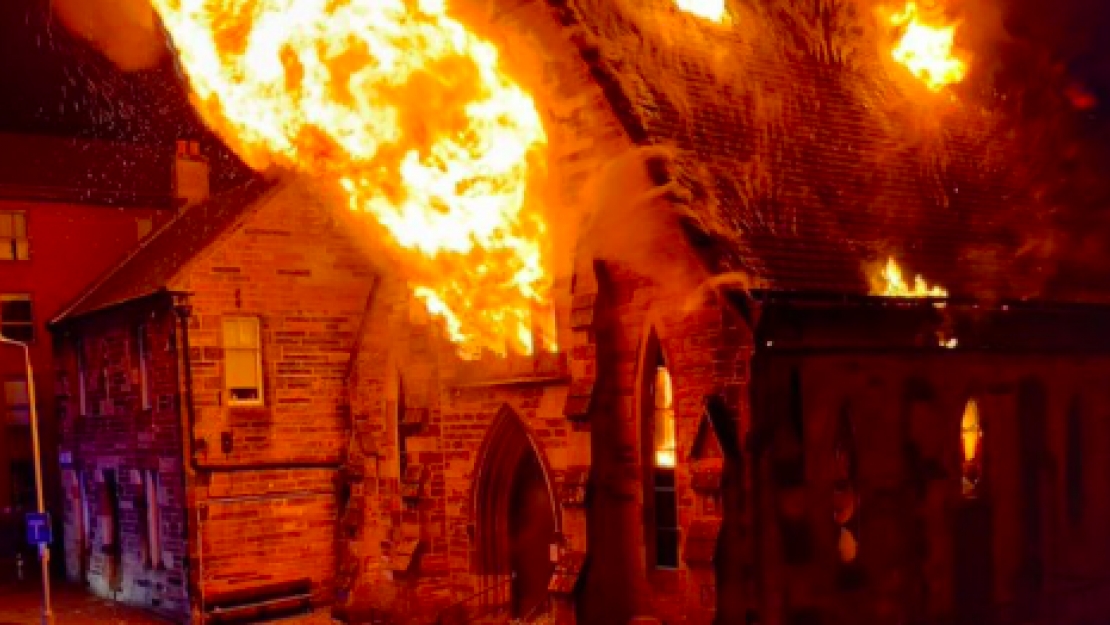 Glasgow's St Simon's church fell victim to a devastating fire. Emergency services were called to the location in the morning hours of 28 July. Saint Simon's Catholic Church was the 'spiritual home' of the cities' polish community. Additionally, residents were evacuated or told to keep windows and doors shut. One person had to be rescued from the flames and was given treatment at the scene. Police were informed and are currently investigating the cause of the fire.

"The destruction of St Simon's church by fire will be a blow to people far beyond the west end of Glasgow. Though small in size, St Simon's was well-frequented and was the spiritual home of the Polish community in the west of Scotland who had established a shrine there. It was also a focal point for the local community, and especially the homeless who benefited from a café on site which had to be suspended during the pandemic", commented a spokesman for the Archdiocese.

He continued: "The church of St Simon's is linked to the larger parish of St Peter's in Partick and worshippers will be accommodated there. The cause of the blaze is not immediately apparent, but we will work with the Fire Service as they investigate the site. St Simon's was a much-loved landmark at Partick Cross and its loss is a heavy blow."

The church was built in 1855 and had recently reopened after its temporary closure due to CoV. 19 restrictions. In the blaze, the roof, the interior and the upper walls were completely destroyed.