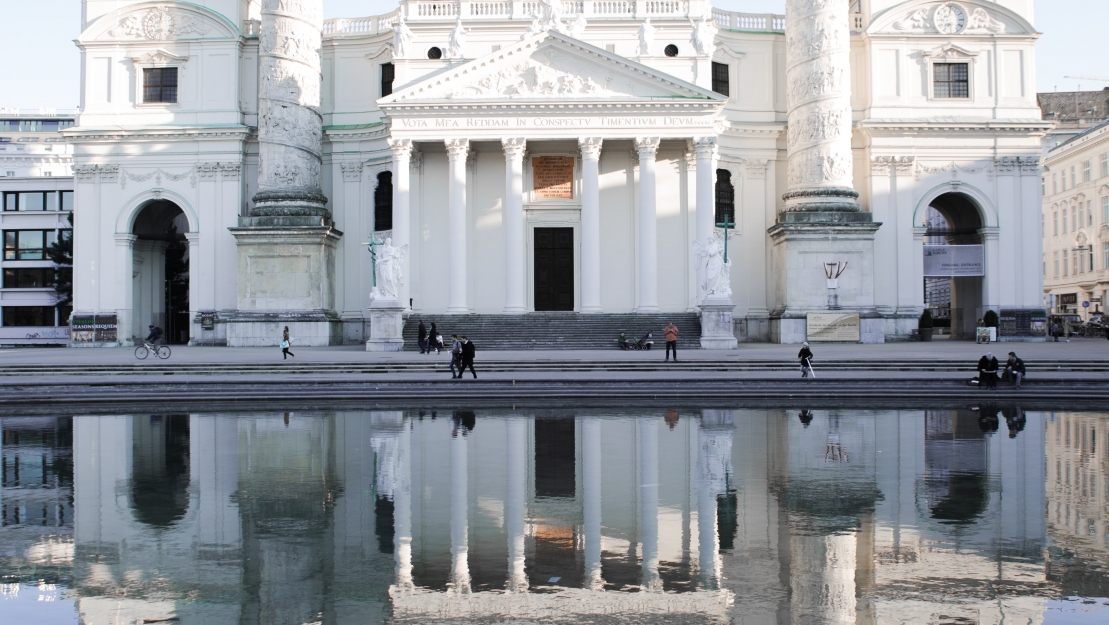 The Karls Church in Vienna has been repeatedly attacked and spray painted by vandals. Figures of the crime statistics show that this is by no means an isolated case since the number of offences of damage to property has increased by 46.7 per cent alone in the last year. After the latest attacks on places of worship, the Vienna People's Party (ÖVP) is requesting security measures to keep places of worship safe.

The demand for video surveillance of graffiti hotspots, including places of worship has so far been blocked by the city government. People's Party chairman Johannes Pasquali states: "The disgusting acts of vandalism against the Karlskirche continue seamlessly, which is why I am once again calling for video surveillance of the Karlskirche as well. I appeal to the Red, Green and Neo parties to finally end their blockade and to take off their ideological blinkers."

Local councillor, Laura Sachslehner said: "It is unacceptable for Red Vienna to stand by and watch the escalation of violence against our places of worship in the city". The attacks against places of worship and the damage caused to churches are seen as an attack on religious freedom and consequently an attack on the Austrian constitutional state.

Photo by Laurenz Kleinheider on Unsplash