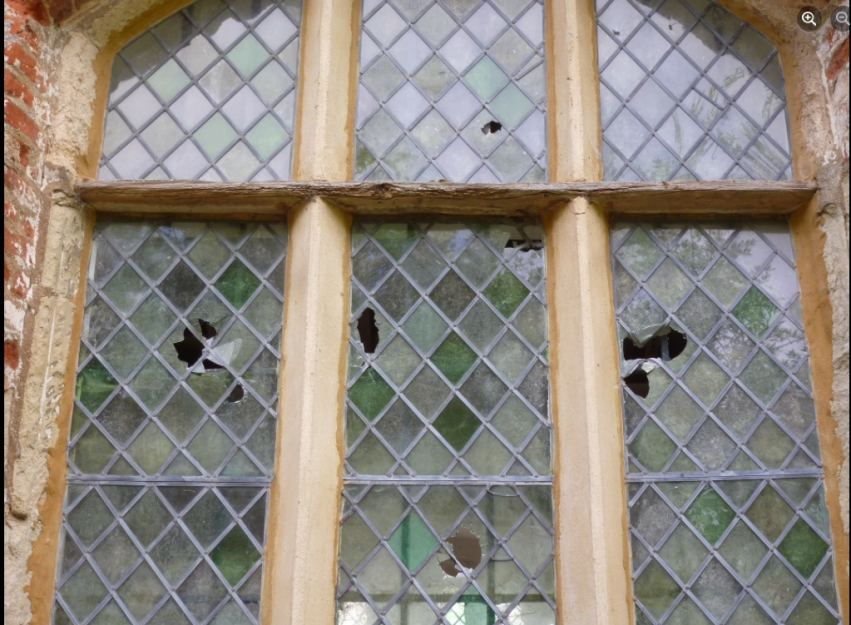 Less than a week after the Saint Mary Magdalene's Church in Caldecote suffered a thousand pound's worth of damage, it had been vandalised again. The Church, which had recently re-opened after several months of renovation had first been vandalised on 29 July, the second attack followed a couple of days later. Volunteers found several windows were broken and a door seemed to have been forced open. Police are investigating.

Members of the public have just donated more than £3,000 to help restore the damage caused in July. "Yesterday morning, we noticed that there may have been another attempt to enter the church. On this occasion, the church was locked because the cleaning operation hasn't quite finished. But there were signs pointing to the fact that some people had returned to the church. They may have been the same people, I don't know. But more windows were broken. And there was evidence that somebody tried to force the door open. But luckily, the locks held fast. It was disheartening, it really was disheartening that the second attack should happen barely a week after the first one. But the police are taking it very, very seriously. On this occasion, we have got footprints, we have got a very good description of the people who came the first time and we have got fingerprints", told Grazyna Tutak a Volunteer helper.

She added: "It was a shock and disbelief when we saw the church. All that wanton act of vandalism was received by us in a very painful way. The windows are plain glass, but an old medieval glass. The glass is in the shape of little diamonds. A few of these were broken - the vandals decided to use these windows as target practice. And that that was also disappointing because this is the damage that will probably be the most costly."