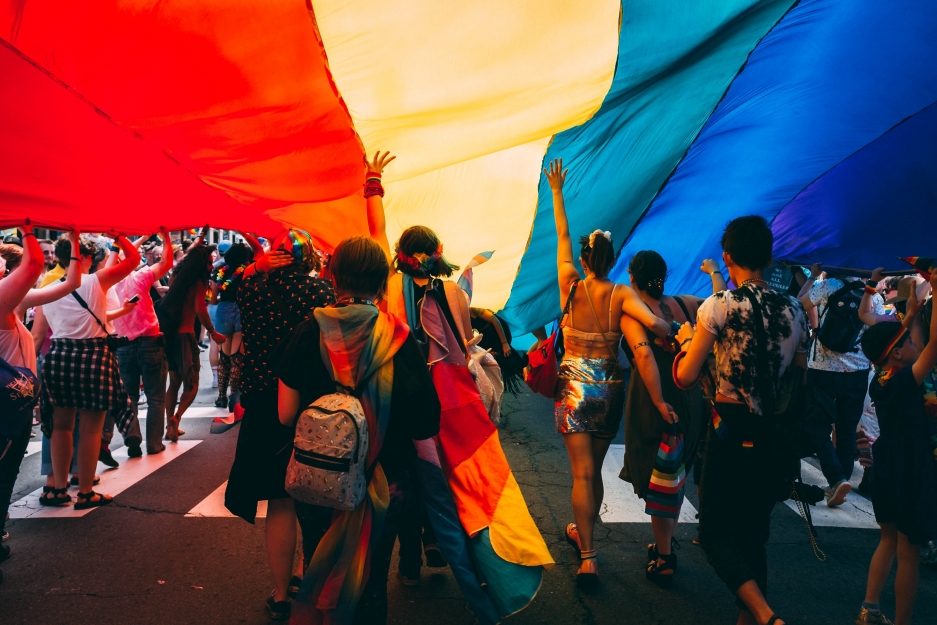 The "Zan Bill" is still awaiting a decision from the senate. While it waits for a decision the public keeps to be deeply divided over the matter. Opposers of the bill fear that people holding a different view on lgbt+ issues could be penalised simply by publicly making a cross sign and therefore either face high fines or a prison sentence. The Bill has been approved in the lower house of the parliament in November 2020 but still needs to pass the Senate to become law. It aims to add amongst others sexual orientation and gender identity to the already existing law surrounding hate crimes and discrimination.

The Zan Bill has sparked controversy as the Vatican directed a document to the Italian government stating the bill would violate an agreement between the two states which protects the religious freedom of Catholics. Some even say the bill is fulling a culture war between liberals and conservatives.

Introduced by the centre-left Party and named after Allesandro Zan, an LGBT rights activist and lawyer, the bill aims to add sex, gender, sexual orientation, gender identity and disability to the already existing "Mancino Law" from 1993, which protects women from "racial, ethnic, national or religious" motivated hate crimes and discrimination. Should the Zan-Bill be approved any discrimination motivated by someone's sex, gender, sexual orientation, gender identity or disability would thus be penalized with a prison sentence of up to 18-month or a fine of 6,000 Euros.

Hate crimes motivated by the same characteristics would be penalized with a prison sentence of up to 4 years. Alongside the changes to the law, the bill also aims for Italy to recognize May 17 as the "International Day Against Homophobia, Biphobia and Transphobia", which would force schools and other public settings to hold a pride parade on that day. It also aims to gauge public opinion and monitor anti-LGBT discrimination in the country via data collection and surveys. Zan claims the bill does not suppress free speech as long as the individuals' views do not incite "violent or discriminatory acts".

Politicians and free speech advocates are opposing the bill for it pose serious risks to the freedom of speech. A coalition of Catholics, national conservatives and feminists do also oppose the Bill. They argue the bill gives ground to a highly "subjective" interpretation of gender identity and pose a serious "threat" to freedom of expression as they fear the consequences could be devastating. The adoption of an "Anti-Homophobia" Day does also implement a threat.

The bill's supporters claim it to be a necessary step into a more LGBT friendly community whit no risks to free speech. While the bill is largely supported by the Italian public, the existence of an opposition in and outside the parliament are both giving ground for heated and inflammatory public debates.

29-year-old Francesco Giubilei a writer and the president of the conservative Tatarella Foundation states the bill developed into a “frightening ideological clash” which produced an "inflammatory climate and polarised" the public. “It’s a delicate matter which has become grossly oversimplified, and people on both sides aren’t willing to respect each other’s opinion. If you criticise the Zan bill, you’ll be accused of being a homophobe – which just isn’t conducive to having a constructive debate.”

Giubilei speaks about his concerns regarding the prospect of such topics being tackled in schools. “Gender and sex shouldn’t be discussed in school. These are private matters, that should be dealt with by families in a home environment. The real problem with the bill, were it to pass in its current form, is that if someone who is Catholic and believes in a specific set of values makes certain public affirmations, they might end up facing a judge who could rule their words as being discriminatory. We know how justice works in Italy – which makes this even more risky”.

Like many other opposers, Giubilei fears for the repercussions this law could have as its fourth article is highly "subjective" and is a form of "liberticide". Feminists and conservatives criticise the bill's definition of gender identity which is "perceived and displayed by [the individual]”.

While LGBT+ activist Simone Alliva states that the parliamentary jurists could not "find any issues with its legal terminology and elucidation of specific concepts". Transgender and non-binary activists keep emphasising the importance of having a law that protects them.

While the bill awaits a final decision the LGBT community feel the bill represents more than just a political battle. For them, they state it is about legal and social recognition.