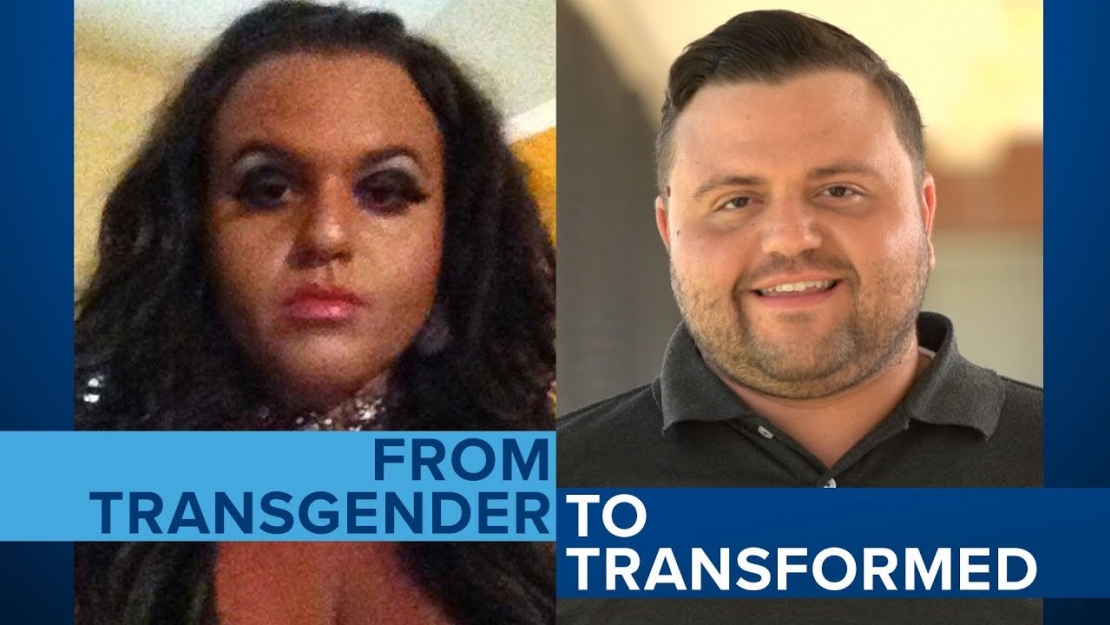 Netflix's new documentary 'Pray Away' is filled with lies says, Jefferey McCall, a former Transwoman, who found freedom in Jesus. The documentary premiered on 3 August and focuses on the work of Exodus International, a US-based Christian organisation, which sought to “help people who wished to limit their homosexual desires” in the 1990s and early 2000s. It additionally portrays the experiences of people who went through conversion therapy lead by Exodus International. McCall, who is the founder of Freedom March, states that secular media is equating Christianity and his "freedom marches" with conversion therapy.

The documentary follows McCall in his hometown as he gives testimony about his life as transgender and how Jesus transformed him. Alan Chambers, former leader of Exodus International, apologized in 2013 for "the pain and hurt" his 1976-founded organisation caused. At around the same time he also 'dismantled' the organisation and its practices stating that conversion therapy was harmful.

Conversion therapy is generally understood as a wide range of practices to change or suppress someone's sexuality or gender identity, but, there is no legal definition for it.

Talking about her personal story with conversion therapy Kristine Stolakis said: “My uncle, who was very dear to me, went through conversion therapy when he came out as trans as a child. He never fully accepted himself. He was celibate his entire life. He also suffered from tremendous mental health challenges, from depression, anxiety, addiction, to obsessive-compulsive disorder, to suicidal ideations.” Stolakis is the director of the documentary.

Conversion therapy has been in the news recently for the UK is about to vote to ban conversion therapy, including prayer and pastoral support. Siding with the Church and Christian organisations Boris Johnson, UK's Prime Minister said earlier this year that he does not want to see "clergy and church members criminalised for normal non-coercive activity", which sparked debate around the topic.

Although Christians support banning conversion therapy there is a division as to which practices are considered part of the act. Some abhorrent practices such as fasting or abuse, are supported to be banned, but Christians and some members of the public are concerned praying for someone who is willingly seeking pastoral support could be criminalised in future. England and Wales will launch a public consultation in September in order to ban conversion therapy.

"Pray Away" does also include LGBT activists who slam the idea of the possibility of leaving that lifestyle to follow Christ. McCall, who is portraying a minority voice in the documentary, states that it is possible, for he himself left the transgender lifestyle after finding true freedom through a spiritual relationship with Jesus Christ.

In addition, "Pray Away" shows members of Exodus International and followers of the "ex-gay" movement who used conversion therapy and faith to discourage people from leading same-sex lifestyles. It also shows that the same individuals have renounced their past thinking and openly consider themselves a member of the LGBT community.

“I think that it's definitely possible for there to be a transformation in people's lives and I think that it's something the Holy Spirit does. People also need to be reminded that the Gospel is not just praying that something just leaves you forever, and you never deal with that temptation again. Jesus said, 'If you want to follow me, you will pick up your cross, deny yourself' and follow Him. So I think that it's way deeper than just prayer and wanting everything to change. I think it's a surrender to Him”, said McCall following the premiere of the film, affirming that he will not return to what he believes is a life of sin.

“I lived transgender. Drugs, alcohol, homosexuality — I was really deep in sin, and I left everything to follow the Lord”, states McCall in the documentary. As the founder of Freedom March, he states that it is meant to share testimonies of transformation in Christ while equipping the body of Christ to deal with the LGBT+ community and at the same time offer a safe place and inspiration for individuals of the LGBT+ community to come to the knowledge of Jesus Christ.

“With Freedom March and what the new current movement is doing is more about wanting to see people born again, wanting to see an internal spiritual transformation,” McCall states, adding "Later on, yes, that affects things we do and our actions, but I think that we're more focused on the spiritual transformation instead of like rules and obligations.”

He revealed that Stoalkis reached out to him in 2018, while in Los Angeles, for she wanted to 'investigate' the movement since her uncle was a conversion therapy survivor. "We were actually in Los Angeles, California, having our Freedom March in November of 2018 and [Stolakis] reached out and she asked if she could film the Freedom March. I told her that she could. It grew from there, where she asked if she could come to my hometown in Georgia and film me ministering. Then, they came in started filming me speaking at churches, and then they came and filmed my book signing. They just came and filmed a lot of things, and just worked it into the story.”

Gabriel Pagan, McCall's associate stated that he felt the team were not honest about their intentions of filming McCall and their team. “Filmmakers said they wanted to film the documentary, but they never pitched it in that way.” He stated that he felt as if the team intended to highlight the idea that telling people they could change and be free from a homosexual lifestyle only “leads to suicide.”

Pagan who was homosexual himself added: "It was just interesting that there's nobody [in the film] who's like, 'Hey, I used to be in the lifestyle, I left. I'm not suicidal. I'm happy. I might get temptation, but I'm actually happier now. I'm not as obsessive. I'm not as narcissistic and focused on my image. There are not multiple viewpoints, it's just one.”

"I don't mind being in the film. But it feels manipulative to play like weird background music as if I'm in a cult. I wouldn't just immediately put on like gay bop or something [to show] 'Oh, wow, these guys are extra LGBTQ.' It just felt like, obviously, there's an agenda. But if you're for equality and for different viewpoints, you don't have to enhance or monopolize, or go above and beyond to make somebody that you disagree with look evil. And this definitely demonized people more than it brought any kind of reconciliation.”

McCall and his team criticise the manner the documentary portrays only one side, and in the course of that slams the other side, without allowing the other side to actually speak. Pagan stated that he came to Jesus without having conversion therapy and that the documentary only aims at smashing Christianity and followers of Jesus Christ.