Perpetrator Filmed Himself Smashing The Statue of Notre-Dame-des-Marais 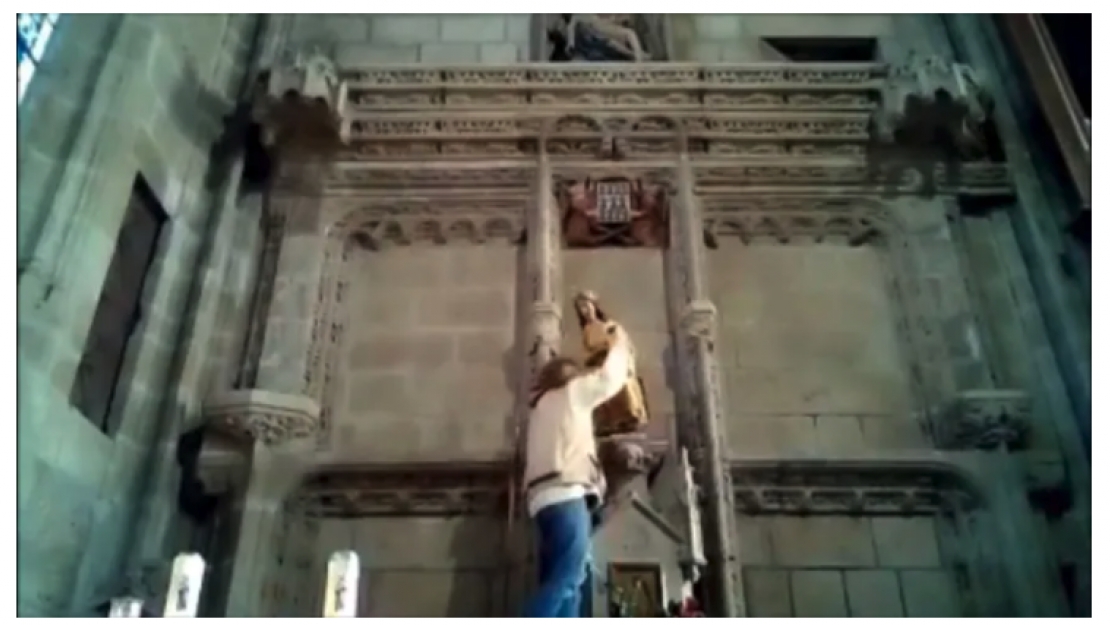 The statue of Notre-Dame-des-Marais in the church of Saint-Sulpice in Fougères was a victim of an act of vandalism. The 62-Kilogram statue, which stands more than three meters high, was thrown to the ground by a man, aged around 50 and believed to be a local resident. He filmed his act in a fifteen-minute video entitled "Divine Justice." He made remarks before the act of vandalism. He said: "No nudity and no idols, we are in the church of Jesus Christ here, so this is all a joke, this statue does not belong in my church." The police in Fougères have opened an investigation.

"We strongly deplore this gratuitous and unspeakable act of vandalism against a heritage element that is emblematic of Fougères," protested Louis Feuvrier, mayor of Fougères.

"This is an unspeakably gratuitous act of vandalism. This statue represents a lot for the religious and cultural heritage of Fougères," explained Evelyne Gautier-Le Bail, deputy heritage minister.