The Wall Behind the Church Destroyed 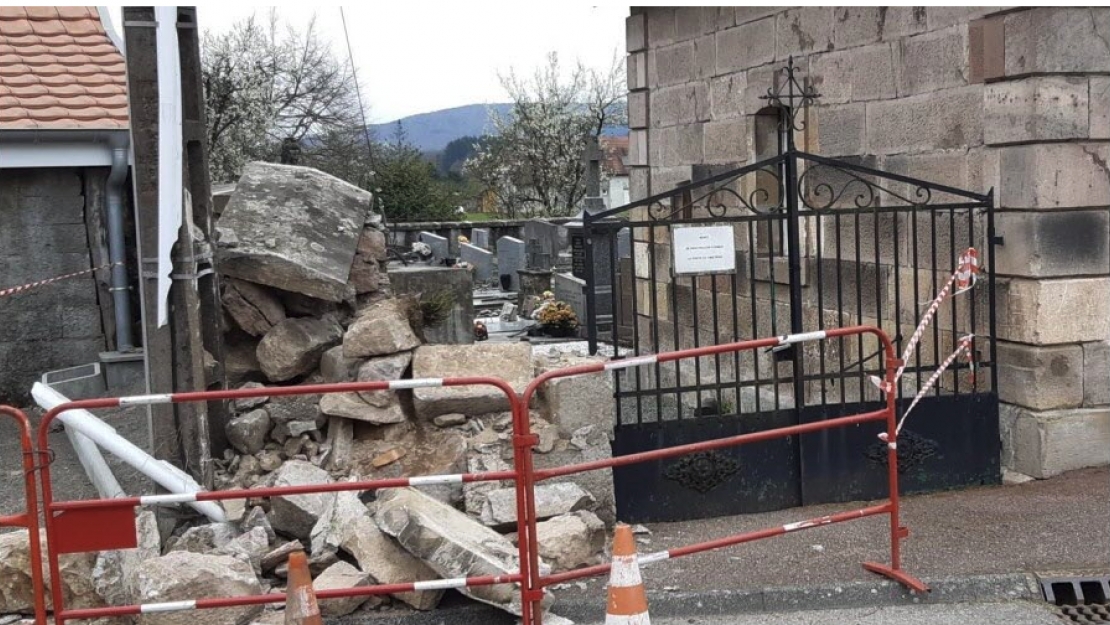 During the night of Sunday to Monday, the wall of the old cemetery, just behind the church in the street of Rhome, has been destroyed. Anne-Sophie Peureux-Demangelle, the mayor of Lachapelle-sous-Chaux, claims that the wall did not fall down by itself. It was a clear act of vandalism with a tractor. The perpetrators circulated a video on social media particularly Snapchat. They commented: 'We didn't fake it last night'." The town hall has filed a complaint to the police.

"For an Easter Monday, I would have preferred a different alarm clock. Contacted late afternoon, Anne-Sophie Peureux-Demangelle, the mayor of Lachapelle-sous-Chaux, was angry.