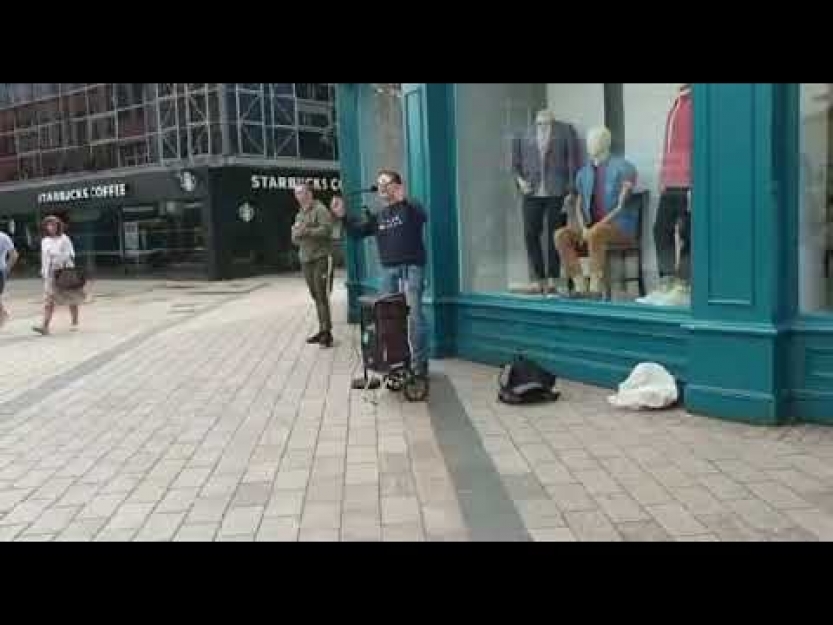 Street preacher Ryan Williamson from Loughbrickland was arrested for alleged hate speech, while preaching in Larne on 10 August. Subsequently, MP Mr. Wilson expressed on social media that “police probably didn’t handle this very well”, for there is video footage of Williamson preaching and his arrest circulating on social media. Williamson was released 30 minutes later. However, the police are being harshly criticised. Williams stated to have received much support from the local community.

The police were called to the scene for alleged hate speech. Mr Wilson stated that it was really interesting to read that the police arrived with four cars, what according to him can only mean one thing: “Clearly police resources are not stretched in Larne if they can produce that number of police officers for an incident”.

He added that the arrest is not really comprehensible since video footage proves that Williamson did in no part of his speech use 'hate'. “But more worrying is the response from the police in the News Letter that it doesn’t have to be a criminal offence [for police involvement] - the police will investigate where they believe offensive language is being used."

He continues, "what is the definition of offensive language and since when were the police authorised to decide what somebody said or didn’t say is offensive? If it is criminal then of course they should investigate it. But if it is simply that somebody doesn’t like what somebody has said - well then - we don’t live in China - not yet anyway.”

It was reported that the police officer in charge approached Williamson ordering him to stop preaching for "hate speech" and subsequently arrested for the same.

He furthermore stated the police received a complaint about “hate speech” and anti-social behaviour. No free speech organisation could justify the arrest. Neither could high profiling organisations like Amnesty International who stated: “Freedom of expression applies to ideas of all kinds, including those that may be deeply offensive. While international law protects free speech, there are instances where speech can legitimately restrict under the same law – such as when it violates the rights of others, or advocates hatred and incites discrimination or violence. Governments have a duty to prohibit hateful, inciteful speech but the power to do so should not be abused to silence peaceful dissent. Northern Ireland’s LGBT+ community deserves protection from hate crime and incitement to hatred. But the police must be careful not to overstep the boundary of what is allowable by law, given our rights under the Human Rights Act - including to express views which many would find offensive.”