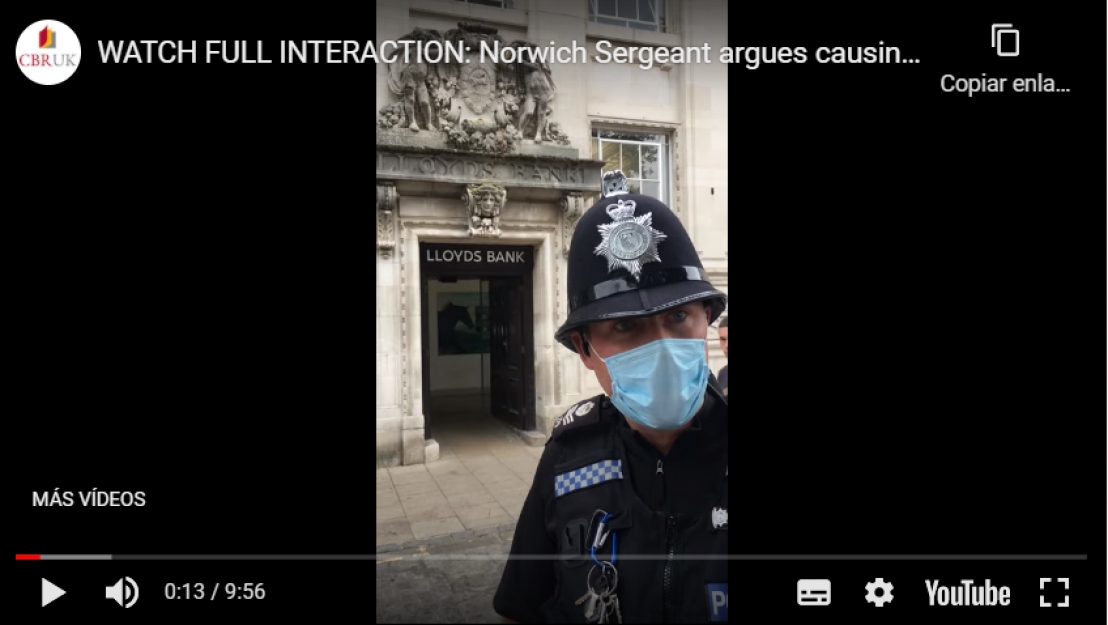 A member of a peaceful pro-life display was punched in the face while standing in the streets of Norwich by a woman who did not agree with the content written on one of the posters. The incident, which happened on the 23. July, did not alarm the police officers. When a police officer was asked for his inaction, he responded that the aggression committed was "proportional" to the one displayed by the pro-life group.

As reported to Christian Concern and shown in a video, the police officer took the role of a passive observer.

"There’s just as much likelihood that a court will find you guilty of an offence, as say, for example, the person who assaulted your colleague" - said the officer to Mr. Brennan (member of the Centre for Bioethical Reform UK), commenting on the physical assault.

Mr. Brennan replied: ‘Really, you’re saying they are equivalent.’ To which the officer replied positively. Mr. Brennan continued arguing: “So you’re saying someone’s emotional response to me showing and given that I’m doing it in a peaceful way, I’m not pursuing them, I’m not assaulting them, just by showing my banner it is the equivalent to hitting someone in the face?”

The officer answered: “I think in the modern world we all know the damage that psychological trauma can cause. Do you not?”

The work of CBR during this year was not just raising awareness about the social problems of abortion, but also, as Andrea Williams (CEO of Christian Legal Centre) says, "CBR UK have deep compassion for women who have experienced the tragedy of abortion. Many of their volunteers have experienced abortion themselves and are passionate about reaching and educating members of the public so that they don’t have to go through it".

After the incident, many letters of complaint were addressed to the chief constable of Norfolk. However, the constable has not expressed any concern and replied that “everyone has the right to free speech and expression, however, officers will take the appropriate action against those select few who deliberately choose to act outside the law.” That means officers can interpret the law according to their beliefs and interests.

“This incident provides a key insight into how society and, more worryingly, our police understand freedom of speech. We urge Norfolk police to issue an apology and to train their officers to understand and uphold our fundamental freedoms on the streets of Norwich", concluded Andrea Williams.