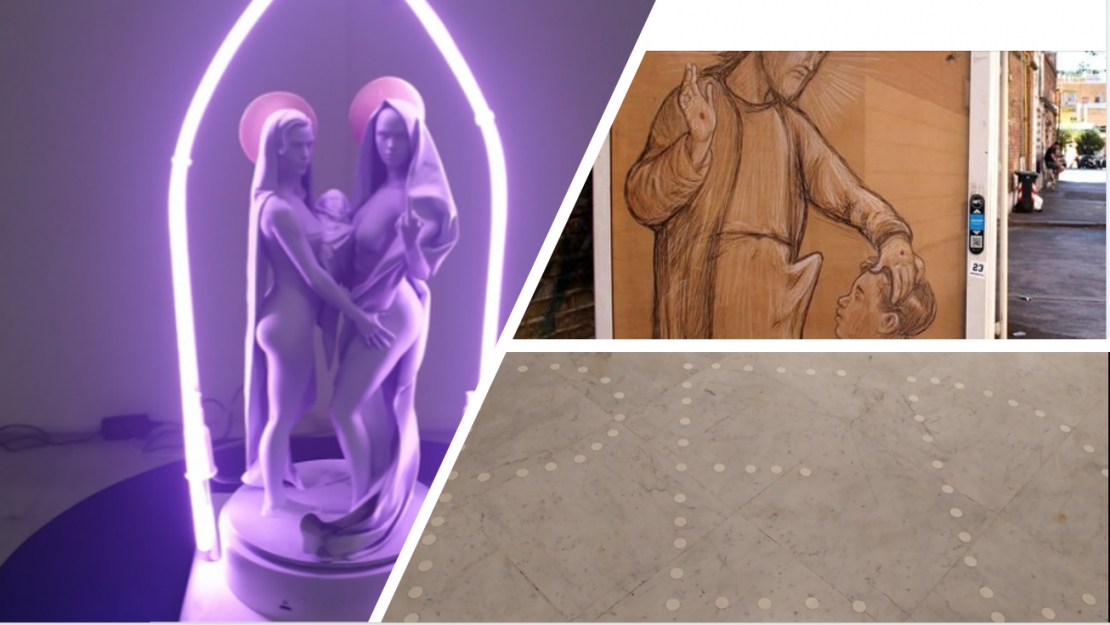 "Ceci n'est pas un blasphème" is the title of the festival which claims to celebrate freedom of expression and attack "religious censorship". The festival took place between the 17th and 30th of September, the day on which "Blasphemy Day" is celebrated. The non-profit festival included exhibitions, talks, comedians, to promote anti-clerical art and raise funds to be donated to organizations that provide protection and legal assistance to people persecuted for having said or created blasphemous content. Interestingly, many artists have targeted Christian symbols to create blasphemous images, whereas the countries and cases with severe Blasphemy laws and punishments are Muslim.

"Religious sentiment," explained Emanuela Marmo, Director of the festival, "has taken on enormous value as a political object. The lessons that are taught when it offends are actually much more serious than artistic provocations". Marmo explained that there would be "deliberately offensive works, some artists and artists are anti-clericalist, but their work exists in a context, it transmits in a specific and recognizable way: no one is obliged to buy a newspaper or visit an exhibition"

In her opinion, "the freedom of expression expressed by art and works does not prevent believers from having faith or practicing worship. Therefore, the opposite should not be the case".

The event was sponsored by the Municipality of Naples and the Department of Education, Culture, and Tourism of Naples, co-promoter of the initiative, has granted the facilities on the first floor of the Pan (Palazzo Delle Arti Napoli).

Among the artists, was the Spaniard Abel Azcona, who was already denounced by Abogados Cristianos (Spanish Association of Christian Lawyers), together with the ECJL for its blasphemous display with consecrated hosts. Together they lodged an application with the European Court of Human Rights (ECHR).

Photo Collage made from Images on the Festival's Facebook Page