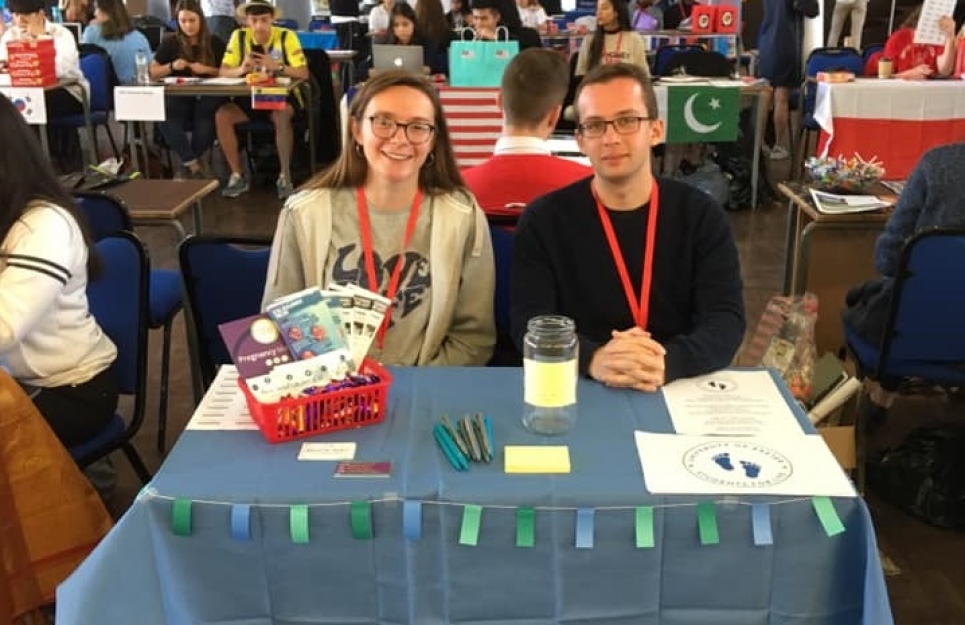 The pro-life student "Life Society" association from the University of Exeter was the target of a hate campaign aimed to dissolve the group and its activity at the university. A petition among students and an open letter addressed to the university's Students Guild was sent to stop the pro-life group. Additionally, the group got harassed on social media. An online hate campaign was coordinated, to send them negative comments and even death threats, which were reported to the police. Fortunately, the University of Exeter defended the Pro-Life Association and supported their right to freedom of speech.

“Those in this society wish to perpetuate the fallacy that no woman really wants an abortion, or that to have an abortion is comparable to murder”. That was the message from a campaign launched by George Adamson, Lauren Gollop, and Isobel Maddocks, students from the University of Exeter who rally against the Life Society.

The petition aimed to strike down the existence of the pro-life platform, alleging that a university “must be a safe space for healthy debate; a place where intellectual curiosity is able to flourish, and people are in turn able to learn and develop their opinions”. According to the accusing students, the opinions of the Life Society do not belong in a healthy debate, as they stated that “by allowing the existence of a society based around an opinion, that belief is shielded from the necessary scrutiny that would normally occur. It is especially alarming when this society has adopted such a controversial and harmful point of view, a view which is a direct attack on women’s rights”.

Additionally to the petition, which claims to fight for the rights of women, an anonymous student sent an open letter to the Student Guild Team to express his/her concern about the existence of a group that “clearly contradicts the empowerment that Exeter's Student Guild seeks to provide for its students and inhibits the ability for Exeter to be a safe space for all”. The letter was signed by 2.263 students and twenty-four hours later the campaign had about 7.500 signatures.

Simultaneously, a hate campaign on social media started. The threats were reported to Devon and Cornwall police.

Later, the University of Exeter Student’s Guild expressed its support: “As your Students’ Guild, we support freedom of speech. We want to foster an environment where our members can participate fully, feel able to question and challenge, express new ideas, discuss controversial and or unpopular opinions within the law – all without fear of intolerance or discrimination (…) We are committed to the principle that both debate and deliberation should not be suppressed, and we encourage and support our members to engage, within the law, in both a constructive and responsible manner to contest any ideas they oppose openly and vigorously." The University invited students who have been impacted by this debate to reach out for wellbeing support services and to join the Guild Council meeting that took place on Wednesday 6th October.

-“This does not promote women feeling safe and respected on campus and will further damage the reputation of the uni. I genuinely feel embarrassed to have a degree from a uni that clearly cares so little about my rights”.

-“Everyone has the right to freedom of speech, but this is a very backward and counter-productive move. Freedom of speech is important, but not when it limits people’s freedom.”

Only few comments could be found having a different opinion:

“I disagree wholeheartedly with their stance but why should the society be banned? They should be allowed their right to free speech and everyone is allowed an opinion”.

Alireza-Ghazi Torbati, president of the Exeter University Students for Life, said: "As a society, we speak up for and take a stand for the rights of pre-born children, 200,000 of which lose their lives to abortion every year in this country (…) Our student group should enjoy the same rights as every other student group on campus, free of discrimination or harassment. The death threats made against members of our society are completely unacceptable and deeply disturbing (…) Exeter University must be a marketplace for free thinking, which is what universities are designed to be”.

As Andrea Williams, CEO from Christian Legal Centre has said: “It’s a relief that the University of Exeter is defending the pro-life students’ freedom to speak.” The intention to censor pro-life associations in UK Universities has been a recurrent topic, but it is a positive development that the University openly defends the freedom of speech of these groups.