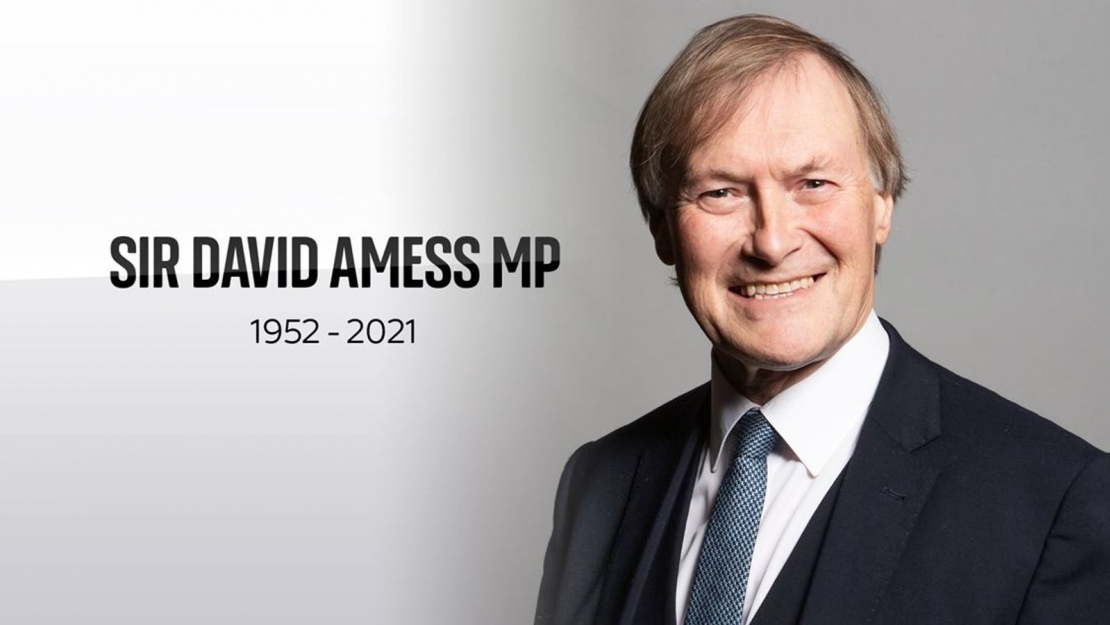 Christian MP David Amess was attending his regular duties in his local circumscription in a Methodist Church in Essex on 15. October, when a 25 years-old British citizen of Somali origin stabbed him to death. Soon after, the killer Ali Harbi Ali was arrested. An Anti-terrorism unit is investigating the case, given that the perpetrator has been identified as a radicalized Islamist. This murder is a direct attack on the Christian beliefs that David Amess represented. Prime Minister Boris Johnson visited the Methodist Church where the incident happened, accompanied by the Home Secretary, Priti Patel, and leader of the Opposition, Keir Starmer. People have been gathering for candlelit vigils in Leigh-on-Sea and have held church services in his memory.

As the police investigation continues, until now three addresses in London seem to be linked to the perpetrator. According to the findings, Ali Harbi Ali's father, Harbi Ali Kullane, has served as an adviser to the Somali Prime Minister. The attack, directed against a devote Christian, is also an attack on the democratic system that enabled David Amess to carry out his duties as a politician and to have close contact with the people of his circumscription.

Two days later, politicians paid a tribute to their late colleague in the House of Commons where they had at least two hours to share memories of Sir David, after prayers and a minute's silence. The tributes were be followed by a service at St Margaret's Church. Many of his colleagues recall his gentle nature and willingness to listen and to help. His family is devasted but also comforted by the support shown by so many people: "We have realized from tributes paid that there was far, far more to David than even we, those closest to him, knew," they added. "We are enormously proud of him. Our hearts are shattered”. "Whatever one's race, religious or political beliefs, be tolerant and try to understand. As a family, we are trying to understand why this awful thing has occurred. Nobody should die in that way. Nobody”. Despite the sorrow, they ask to “set aside hatred and work towards togetherness".

David Amess (1952-2021) was a prominent conservative politician with forty years of experience, a devoted Catholic, married, and a father of five children. Amess served as an MP for 38 years, he was known as a social conservative and a prominent campaigner on bioethical issues, like abortion, as well as animal welfare. The 69-year-old man was a member of numerous Commons committees, including the Health and Social Care and Backbench Business Committees. Many politicians and religious leaders expressed their sorrow and concern about his death. The cardinal Vincent Nichols, archbishop of Westminster and highest Catholic authority in England, prayed for him and commented that "David pursued his vocation as a Catholic in public life with generosity and integrity”. The Society for the Protection of the Unborn Child expressed their horror after hearing of the murder: "Sir David was a great friend of SPUC and a staunch defender of the dignity of every human life. Let us remember him and all he did in trying to restore a culture of life in the UK”.

Mervyn Thomas, founder president of Christian Solidarity Worldwide honored him in his article Sir David Amess MP: a God-fearing politician: “David had been a member of Parliament since 1983. He campaigned on human rights, animal rights, and religious freedom. He was a social conservative (...). Politicians of all parties liked and revered David”. The Archbishop of Canterbury, the Most Revd Justin Welby, also paid tribute to Sir David: "The death of a father, husband, and friend is agonizingly painful for those who loved him. The murder of an MP, in the course of caring for their constituents, is a deep blow to this country, its citizens, and everyone who desires a peaceful and flourishing democracy (…) He was a devout Roman Catholic whose deep faith fuelled his sense of justice. We are richer for his life and his example, and we are all the poorer for his untimely death. We hold his family and loved ones in our prayers, that they might feel the comfort and peace of the Christ who suffers with us."

Unfortunately, he could not received the last rites although a Catholic priest rushed to the scene of the crime to provide him with the final prayers. After arriving to the place of the incident and showing the police his card, Father Jeffrey Woolnough, was told by the Essex Police that to preserve the integrity of the crime scene was of "the "utmost importance"."Now we know more about what happened I can perhaps understand it, but it’s still a great disappointment for any Roman Catholic - they want to receive the last rites", told the local priest to The Telegraph. After he priest was denied to enter, he stayed outside and pray the rosary with another man. "I prayed from outside and I just hope David received those. I know he would have done, because any prayer said that is sincere is received by the recipient."

The Methodist community also released a statement, signed by the President and Vice-President of the Methodist Conference, the Revd Sonia Hicks and Barbara Easton. They described David as “well known to the Methodist family locally and widely respected. We offer our deep condolences to his family, colleagues, friends, and constituents. This senseless act of violence is appalling, and we extend our prayers to all who have been affected by it.”

The German newspaper, Süddeutsche Zeitung commented: "A tragic incident like the murder of Amess always changes things, despite all tributes. The atmosphere will be different in the future when voters meet politicians. Home Minister Priti Patel instructed the police to check the security of all MPs”.