Over 200 Academics Called Out Bullying by Trans Activists 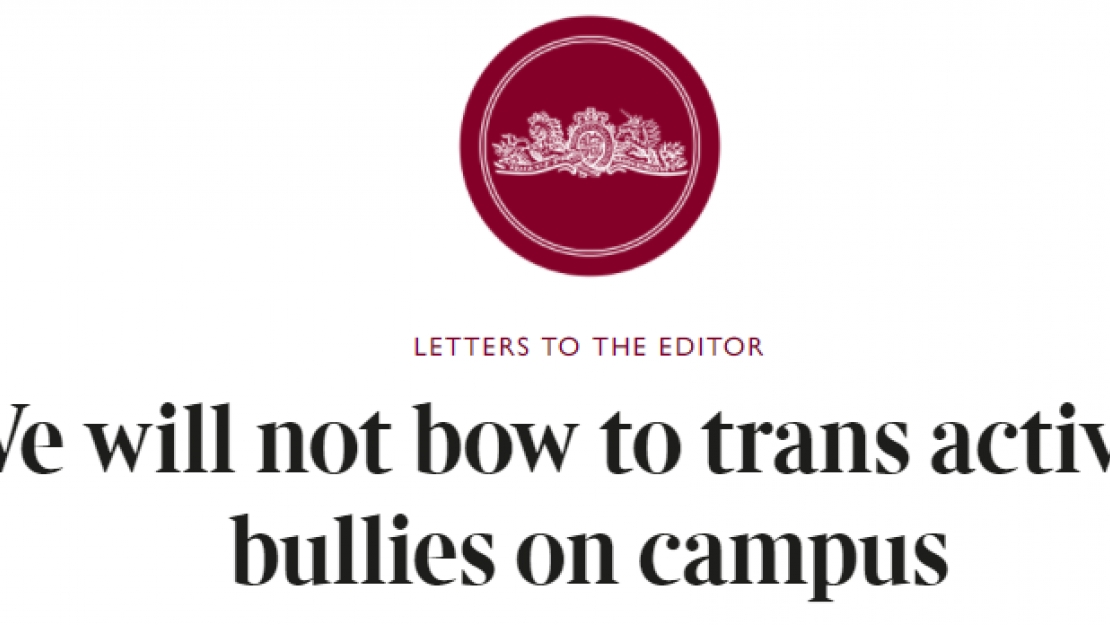 On the 17th of October, over 200 hundred academics from different UK universities sent a letter to the Sunday Times expressing their concern about the bullying and suffering those who held the view that sex matters were receiving. The letter cited statistics from the organization "Sex Matters" and said that the majority of the discrimination came from "trans activist bullies". This type of abuse would be most acutely felt by religious persons and especially Christians who typically hold this view based off the Bible.

The organization "Sex Matters" had “logged 80 news reports of bullying, harassment and no-platforming at UK universities.”  Specific example included Prof Stock who had been accused of "anti-trans" policies and was urged by the police to hold lectures online due to fear for her safety. Another was Selina Todd, professor of modern history at Oxford, who had been called "transphobic." She said: "It's deeply unpleasant having one's reputation and research constantly smeared and undermined and knowing that one cannot expect full and vocal support from one's employer and colleagues. When a professor of philosophy cannot go to work and do her job, the situation is beyond critical. It is an emergency. I don't say that lightly."

Professor Jo Phoenix, Chair in Criminology at The Open University, got exceedingly ill when 360 of her colleagues attacked her research network by signing a petition against it. She laments: “What’s happening to me has broken my heart. I have been silenced and shunned within my department. I have been made to feel like a pariah and have become very ill.”