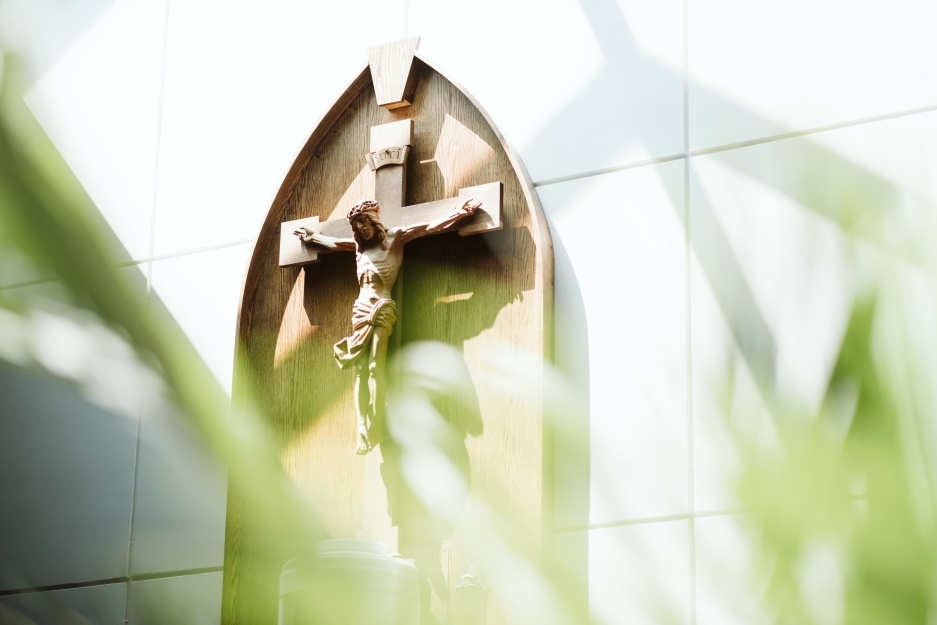 At around 12.30 p.m. on 28. October, the police received a report of damage to property in the evangelical Frauenberg church in Sangerhäuser Straße, Nordhausen. A 25-year-old Afghan man had gone into the church, emptied it for "religious reasons" and broken a Crucifix. The police have filed a complaint of damage to property. The amount of damage is not yet known, but the damaged Crucifix had a high historical value to the community, which will be immediately restored.

The man who damaged the religious symbols located in the church was a 25-year-old Afghan refugee who claimed to have "religious reasons" behind his attack. The Pastor of the Church, Klemens Müller, talked to the man, who said he felt compelled to do this, as he believed Christianity was wrong and Jesus Christ was not the Son of God. Photos of the event showed that the man had brought the church inventory such as chairs and hymnals to the pavement in front of the church. Given that the man acted without clear aggression, charges of trespassing and damage to property have been filed, but no offenses against religious feelings have been filed.

The Central German Bishop Friedrich Kramer commented that it was painful "when the dignity of a place of worship is violated in such a disrespectful way".

The event generated a discussion if Churches should remain open through the summer, which is the current tradition. The case has also stirred up debate in Germany regarding the "damage to property" to Christian symbols, which is becoming more frequent in Germany, especially around Christian festivities.