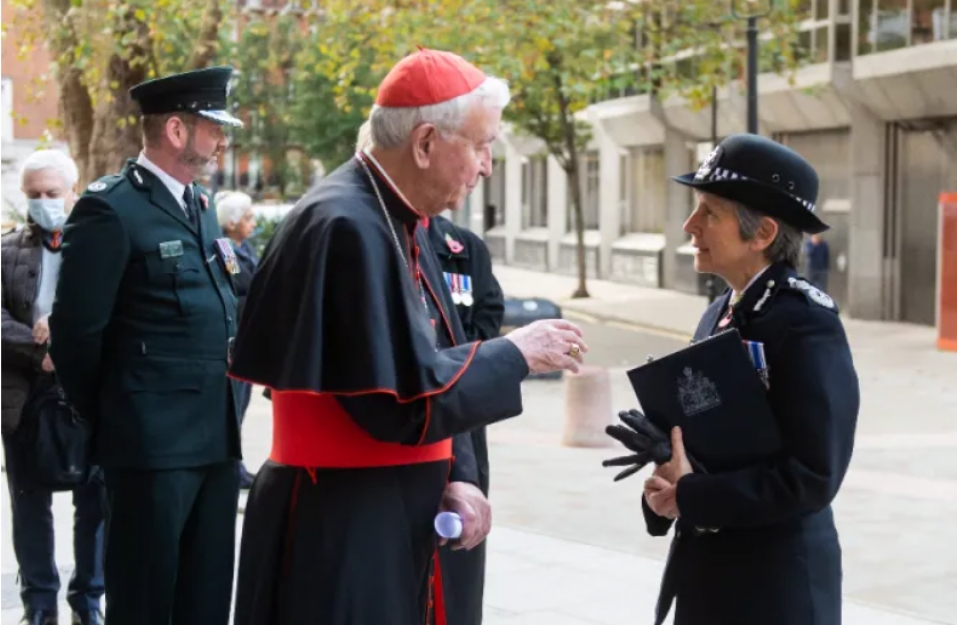 Cardinal Vincent Nichols and the Metropolitan Police Commissioner Dame Cressida Dick have started studying the possibility to allow Catholic priests at crime scenes. This proposal was submitted after Sir David Amess, a Catholic MP, was killed during a constituency surgery at Belfairs Methodist Church in Leigh-on-Sea (Essex), on October 15. A Catholic Priest, who was also a personal friend of Sir David's, wanted to give him the Last Sacraments, but the police denied him access. After this event, he realized how important it is, especially for the Catholic community, to ensure that the Last Sacraments is granted.

Cardinal Vincent Nichols, archbishop of Westminster, and the Metropolitan Police Commissioner Dame Cressida Dick started examining the possibility to grant access to Catholic priests at crime scenes. This proposal followed the death of Sir David Amess, who was stabbed during a constituency surgery, at Belfairs Methodist Church. A Catholic Priest and friend of Sir David who was in the vicinity of the scene ran to the crime scene where his friend was being attended by police and emergency services and tried to give him the Last Sacrament. Police denied him the access and Father Jeffrey Woolnough remained outside praying the rosary with a fellow parishioner.

After this occurrence, Father Jeffrey started a process to allow Catholic Priest to enter crime scenes in order to provide the Last Sacrament. U.K. lawmakers launched a proposal: the “Amess amendment”, a bill going through Parliament seeking to guarantee that Catholic priests can administer the last rites at crime scenes.

Weeks later, Cardinal Vincent made the announcement during the annual Catholic Police Guild Requiem Mass at Westminster Cathedral: "In recent days questions have arisen concerning the access given, or refused, to Catholic priests to scenes of traumatic violence, such as the violent death of Sir David Amess. The Metropolitan Police Commissioner and I have agreed to establish a joint group to study this issue and whether any changes are required to the guidance issued to officers faced with such a situation (...) I am grateful to the Commissioner for this agreement and I am confident that it will help to establish a helpful way forward in this matter of considerable sensitivity and importance to the Catholic community."