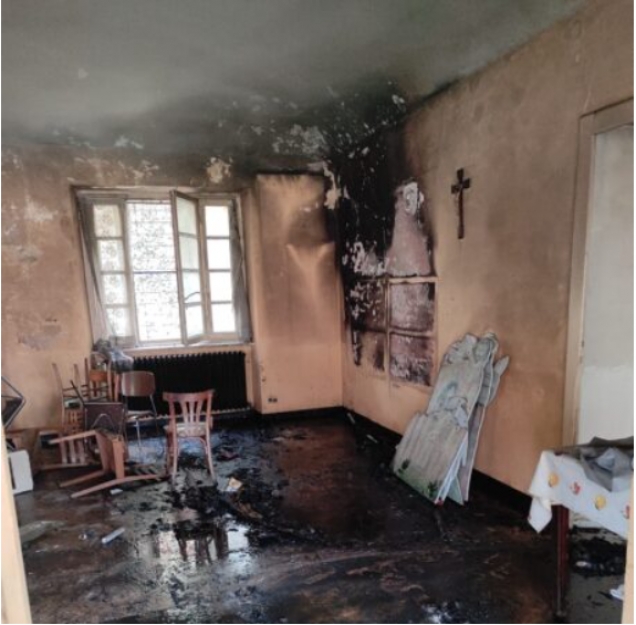 On the evening of 30. October, a fire broke out in the premises next to the church of Sant'Aniceto in Villar Perosa. Thanks to the Fire Brigade and volunteers, the fire was brought under control and no one was hurt. The parish priest, Don Orlando Aguilar Tobon, suspects that the fire was voluntary because the cleaning ladies noticed the smell of cigarettes and found a disordered room, later he was informed that a fire had broken out from a locked cabinet. A bottle of wine and two glasses were also found in the room.

The parish priest Orlando Aguilar Tobón narrated: "On Saturday morning the ladies in charge of cleaning the church noticed an unusual smell of cigarettes in the chapel and a light on in the rooms: they went to put it out and found the room in disarray. In the evening I was informed that there was smoke coming out of there and we decided to call the fire brigade immediately. Who identified the origin of the flames in a cupboard of office supplies." He said that the fire brigade "ruled out that it was a short-circuit and the plugs of the electrical appliances were not plugged in." He recalls that "the firemen curiously found the door locked with four turns of the key (those who use the premises usually give two)".

It all points out that the person who caused the fire knew the Church well "because the lock is not easy to open and the switch is difficult to find."