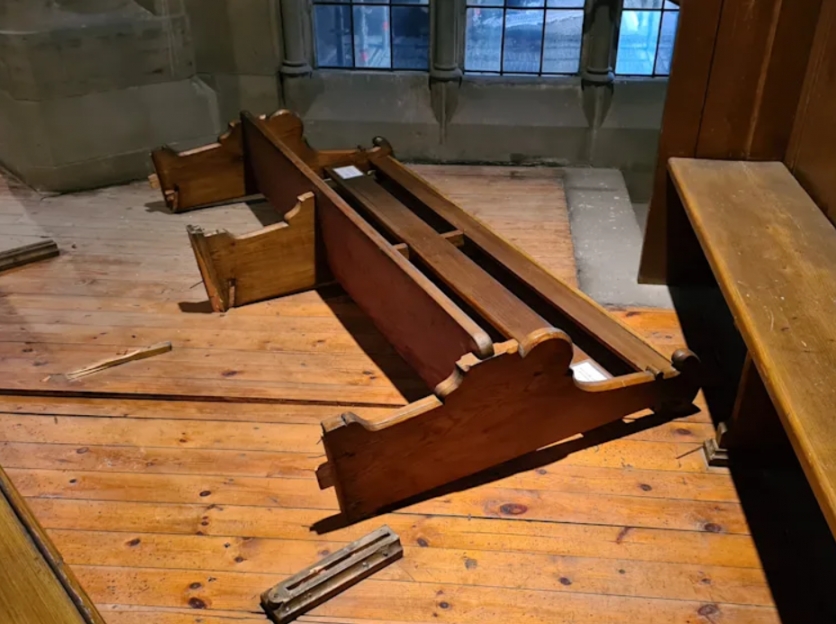 On Sunday morning (5. December), the churchgoers found the Johanneskirche in Feuersee completely vandalised. The perpetrator(s) devastated the Protestant church by destroying over 20 windows, breaking open the cupboards, taking the bibles from the shelves and throwing them around, among other things during the night of the 4. December. The damage is estimated at over 10 thousand Euros and the Church has to remain closed for the time being. The police are investigating to find the perpetrator(s).

According to the police, the perpetrators broke four windows of the scaffolded church to enter the building. They demolished more than 20 windows, some of which had high-quality stained glass. In addition, the perpetrators broke open cupboards, threw a cupboard door from the gallery, tore pews from their anchors, knocked over shelves and threw Bibles around. The contents of a fire extinguisher were sprayed.

Pastor Dr Christoph Dinkel: "The perpetrator or perpetrators probably entered the church via the scaffolding and broke four windows. Then they destroyed everything in their path: they broke open cupboards, threw a cupboard door from the gallery into the church hall, tore Bibles from the shelves, threw them around. They pushed pews out of their anchors, smashed a door in the gallery.