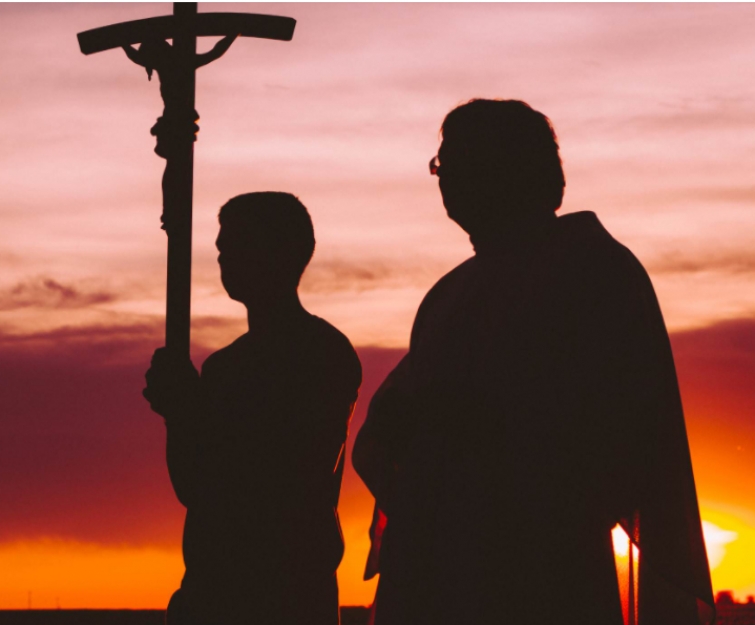 On Wednesday 8. December, ten people violently attacked a procession of 30 believers on the occasion of the feast of the Immaculate Conception in Nanterre (Hauts-de-Seine). The Catholics were threatened with phrases like "I swear by the Koran, I will cut your throats" and insulted by being called "Kafirs", which means "infidel". The attackers also threw water and even a torch in their direction. In response to these actions and the threats made, the Minister of the Interior condemned the attacks.

About 30 Catholics leaving in procession to the parish of Sainte-Marie-des-Fontenelles, suffered insults and threats after they "had only gone a few hundred metres". Jean-Marc Sertillange, a permanent deacon of Saint-Marie-des-Fontenelles recalls that "a gang of strangers on the road verbally attacked us at the time of the first prayer station." The newspaper Le Figaro reported that the threats included shouts of "Kafirs", an Arabic term meaning "infidels", and "Wallah [I swear] by the Koran that I will cut your throats". "They then threw water on us and then took one of the torches and threw it in our direction," Sertillange told Le Figaro.

When the police arrived, the group with three alleged ringleaders ran away. The procession was able to resume, heading straight for the parish without making further stops. Local authorities said they strongly condemned "insults, threats and intimidation" during the procession and expressed solidarity with the Catholics of Nanterre.

France's interior minister condemned the threats made against the 30 Catholics taking part in a Marian procession in Paris. Gérald Darmanin called them "unacceptable acts" that took place during a torchlight procession in Nanterre on December 8. "Freedom of worship must be able to be exercised in all serenity in our country," he wrote on his Twitter account on 11. December, expressing his "support for Catholics in France".