Biblical Quotes Painted on a Wall in Portstewart Under Suspicion 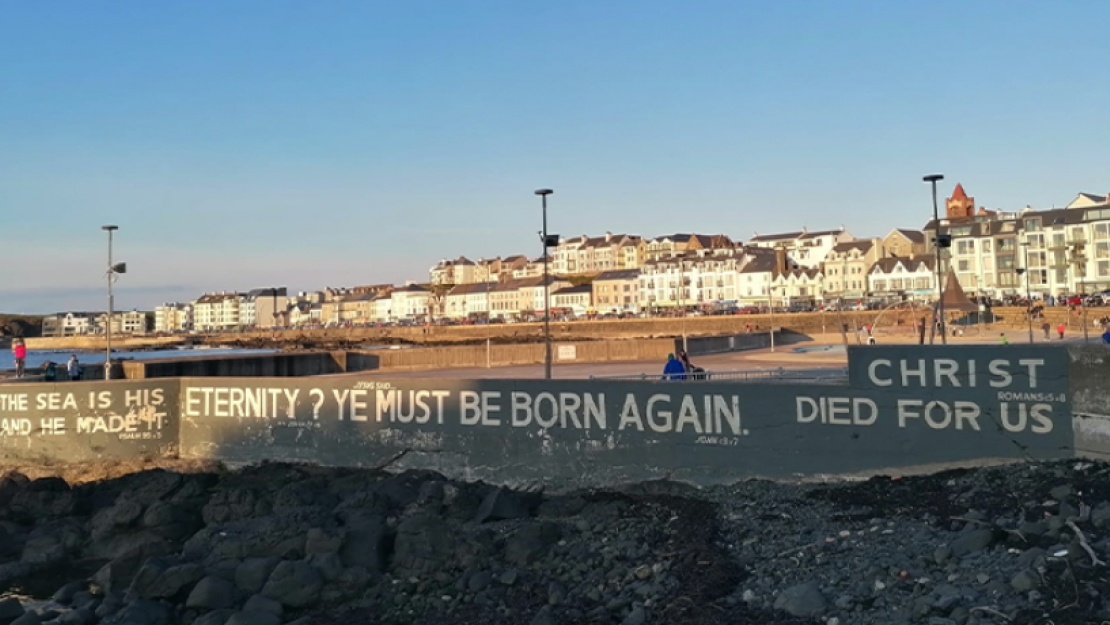 A local council in Northern Ireland has dismissed claims, by an ‘equality expert’, that repainting Bible texts on a local sea wall may be in breach of its equality scheme. The council-owned wall bears the words: “‘The sea is His and He made it’ Psalm 95 v 5”, “Eternity?”, “Jesus said: ‘Ye must be born again’ John c3 v7”, and “‘Christ died for us’ Romans c5 v8”.

Following a request to refresh the Bible message painted on a wall in Portstewart, the council was advised that it should launch a public consultation to act in compliance with their equality rules.

It was last repainted in 2018, but the latest request led to a diversity consultant claiming that the council may be in breach of the Northern Ireland Office Equality Scheme, as it had not carried out “equality screening” at the time.

The council was also advised to consult the public over “equality and good relations”. At a meeting last week, a majority of councilors voted to dismiss the equality expert’s recommendations and supported an amendment by DUP councilor Alan McClean, which stated that the Council allowed the individual to renew the text "as and when required" and asked for the Council to be notified when the re-painting is completed.

Minutes from a council sub-committee meeting, from May 2021, indicate that the painting has been displayed "for a considerable period of time". The Christian Institute understands that the original texts were painted approximately 50 years ago.