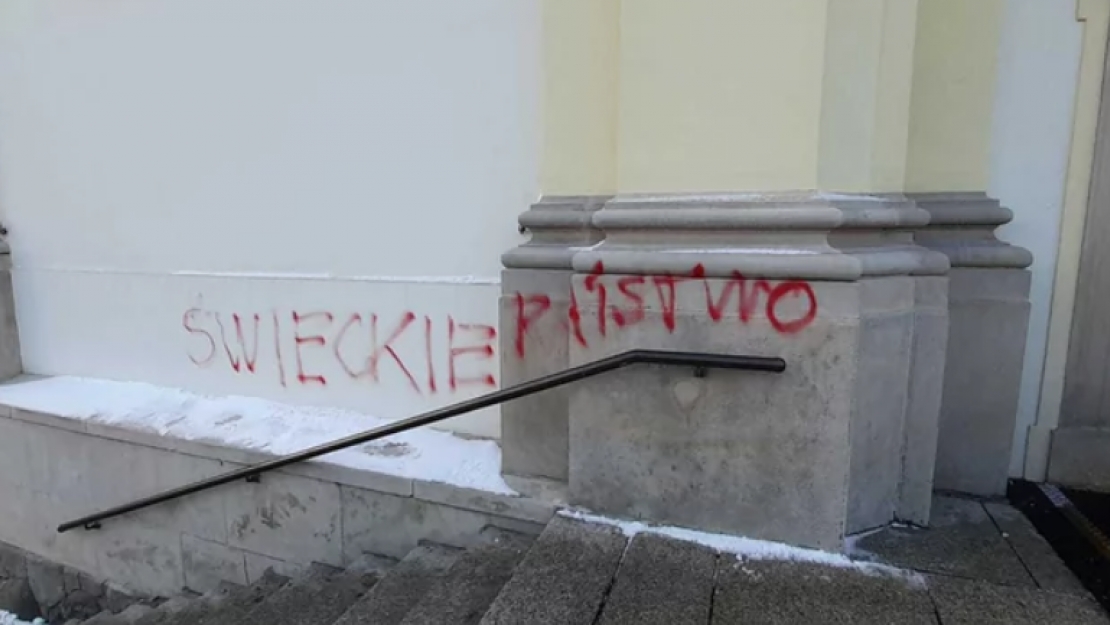 The facade of the Basilica of the Holy Cross in Warsaw was defaced with graffiti on the 25th of December. The church is in the centre of Warsaw and has a special place in Polish history. On the outer walls, unknown perpetrators wrote the phrases "Secular State", "Techno will be here", among other tags. As a church, but also because of its historical value, the vandalisation of the church has aroused the indignation of many people. The police are investigating the case, as there were security cameras that recorded the scene.

Michal Krasucki, the city's conservator of monuments, posted on his Facebook account about the issue, he commented: "Even the most correct slogans could not be an excuse for vandalism." He added that "the facade of a historic church, especially as valuable as the Basilica of the Holy Cross, is not a place for such a form of protest." "A form that destroys something that is the heritage of all of us, both Christians, followers of other religions, or non-believers. Because this is the universal value of monuments."

Update: Vandal was taken into custody by the police. Wiadomosci.wp.pl, Polskatimes

A women's right activist, Klementyna Suchanow, stated that she saw "nothing wrong" in tagging a church with graffiti and disapproved the arrest of the young man. Msn.com, Stacja7.pl