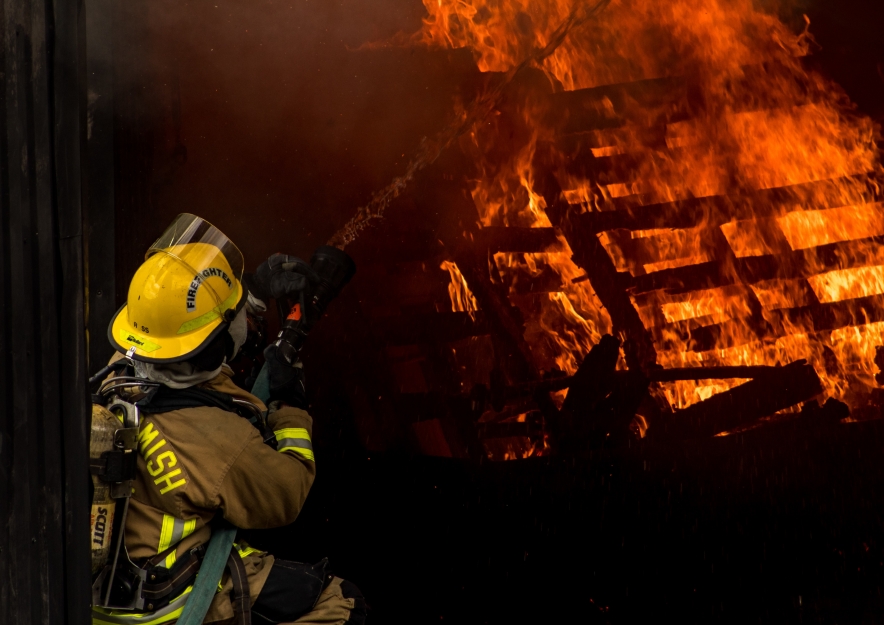 A big fire broke out in the St. Nicholaus Church in Hofstetten on the evening of the 31. December and it is being investigated for arson. The police were alerted and they, together with firefighters, rushed to the Catholic church to extinguish the fire, which took several brigades. It has left massive damage to the church, including the organ and the interior of the church. The damage is likely to amount to several 100,000 francs. There have been no injuries, but the police is running an investigation and asking for witnesses. According to the interim parish president, Georg Sigfrist, unknown vandals had destroyed the nativity scene inside the church shortly before the fire broke out.

The police and firefighters were supported by other fire brigades from the region in the course of the extinguishing work. According to an initial estimate, the damage is likely to amount to several 100,000 Swiss francs. The parish people were really shaken up after the night of the fire, as it was visible from afar.

According to the interim parish president, Georg Sigrist, unknown vandals had destroyed the nativity scene, the Christmas tree and the figures shortly before the fire broke out, as he stated on Tele M1.

"In the past, people went to church to pray. Today they're on fire," said a passing woman on the street when asked by Tele M1 about the fire in Hofstetten-Flüh. "Who set it on fire? That's the big question," the same woman asks emphatically.