Extensive Fire Caused by Arson at Church in Glasgow 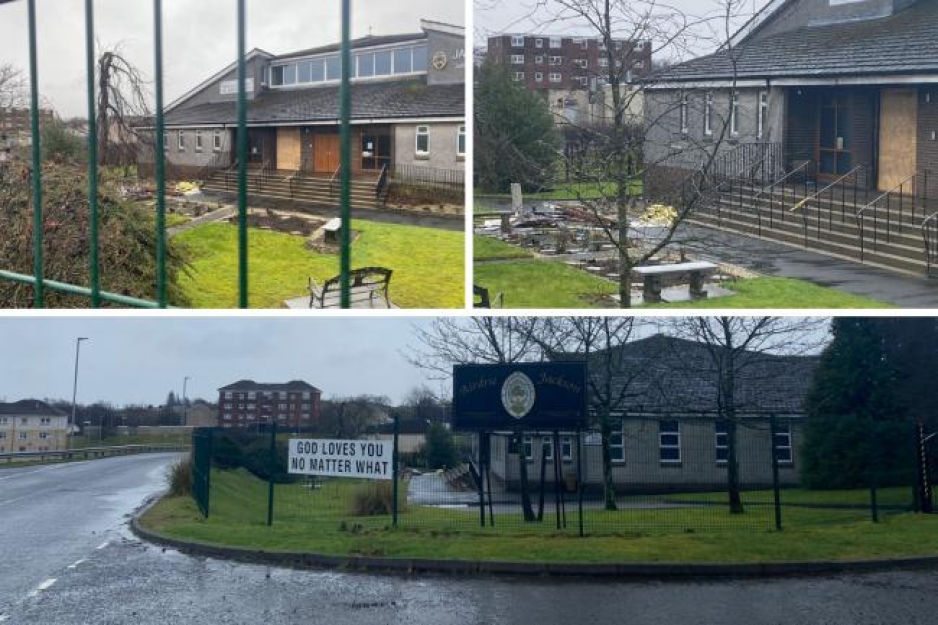 The Jackson Church of Scotland in Airdrie, a North Lanarkshire town near Glasgow, was deliberately set on fire on the morning of the 13. February. An investigation has been launched by the police, who are treating the fire as arson. According to the police, the fire was started around 3 am and the fire brigade was called around 4 am. The church building will remain closed and services have been suspended, as Kay Gilchrist, the church's reverend announced on the Twitter account of the church.

Reverend Kay Gilchrist wrote: "I just want to say a massive thank you for all your kind words of encouragement and support for our church" and thanked the anonymous person who called the fire brigade: "no words are sufficient to say how much appreciation and gratitude I have for you." She added later that: "The damage to the vestibule is extensive but could have been much worse without your 999 call. So prayerful thanks."