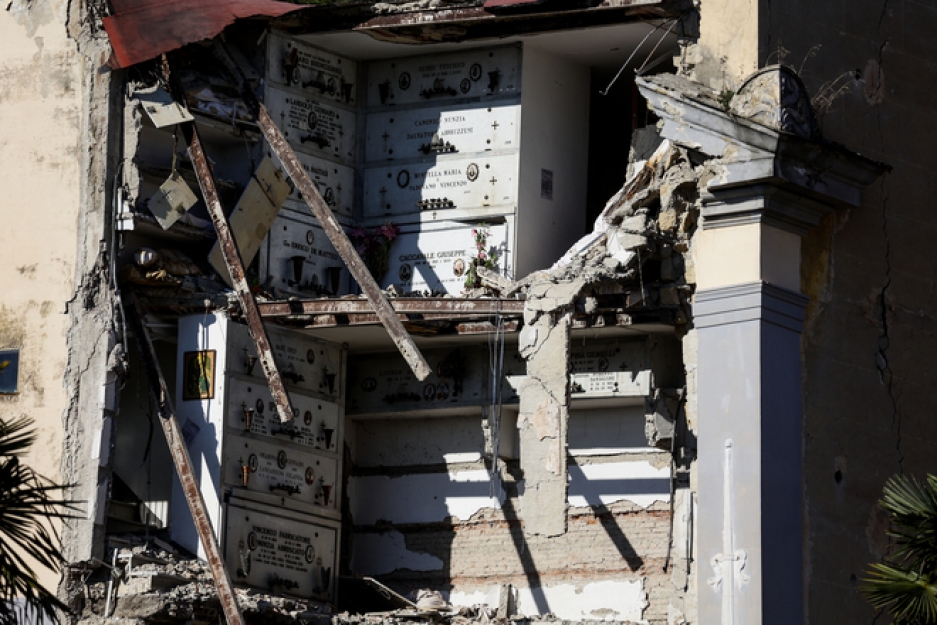 On January 6th, unknown vandals raided cooper vases and bouquets of flowers were found torn apart on the floor. A second theft was recorded in fifteen days in the Cemetery of Ponticelli. These acts of vandalism were recorded both in the chapel of Sant'Anna and in the municipal hypogeum located in the most recent zone of construction of the Ponticelli Cemetery.

It was a dramatic scenery for the families that have loved ones resting in this cemetery, which will have to replace the damaged vases and flowers.

Considering that the site does not have any surveillance system, it is nearly impossible to pinpoint the individuals responsible for these acts. The municipal councillors of Naples addressed requests to the competent offices in charge of the management and maintenance of Neapolitan cemeteries, namely the installation of a surveillance system, considered necessary to deter future acts of vandalism. Previous acts of devastation comprise thefts, writings on the tombstones, amongst other decay situations. Thus, the families of deceased resting in the Ponticelli Cemetery continuously call for interventions on the cemetery, which seem to be substantial, such as improving security, restoring basic conditions of cleanliness, repairing the church, gardens and fountains and recovering damaged tombs and tombstones, while demonstrating respect for those resting in the cemetery.