MLA's Vote in Support of Abortion Bill Despite Public Opposition 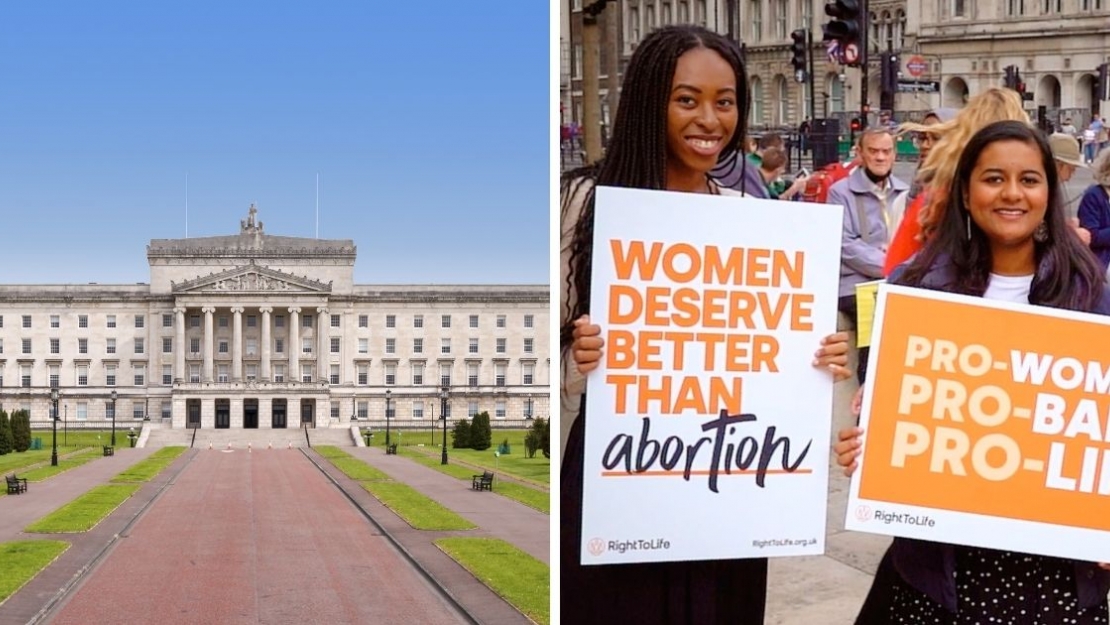 MLA's in Northern Ireland voted in support of a bill that will create "safe zones" around abortion clinics despite 98 percent of the 6,412 public submissions expressing strong opposition to it. This proposed legislation, from Green Party leader Clare Bailey, will make it illegal to “influenc[e] a [person seeking an abortion], whether directly or indirectly” within “safe access zones” reported the ﻿﻿Right to Life News. Christians who hold pro-life views will find it difficult to freely express them under this proposed legislation.

The MLA support of this Bill seemed to be in direct contradiction to the will of the people. Out of the 6,412 submissions from individuals, only 13 were in support of the Bill and those who opposed it held their opinion "on the grounds of religious belief and moral conviction." Of the 47 organizations that put forth submissions, 27 expressed "general approval."

Ms. Bailey said in regard to the Bill, “It simply regulates behaviours that are targeting women, attempting to stop them accessing lawfully available healthcare and information.”

Some in the government were definitely opposed to the Bill such as Jonathan Buckley who said: “Under the Bill, anything from a conversation to a leaflet would be deemed criminal. Notwithstanding whether such a definition would be enforceable in practice, that is an incredibly broad scope."

Jim Allister, TUV leader, disagreed with the proposition that “to oppose the Bill is to endorse harassment, abuse or violence. It is none of those things, and I absolutely throw back that slur, which has been cast at those of us who would dare to question the need for and the content of the Bill."

"Catherine Robinson from Right to Life said: “This consultation shows how much the Members of the Northern Ireland Assembly are out of touch with the electorate. Only 13 submission were supportive of this draconian Bill. The Bill is an instance of massive state overreach with very low public support."

A final vote for the Bill is scheduled to take place on the 22nd of March.

Image from Right to Life

Update: This bill, which Ms. Bailey tried to fast track on the 22nd of March, had to be postponed as it did not have cross-community support. Members of both the TUV and DUP parties objected to it.

DUP MLA, Pam Cameron, cautioned that the Bill would, “almost certainly result in protracted legal action." Jim Allister, leader of the TUV stated in a previous debate that, “Under legislation that presently exists… harassment is already a criminal offence, and under the Public Order 1987, disorderliness and all that goes with it is already a criminal offence." He maintained that the existing legislation was sufficient for protecting women.

Ms. Bailey has called this a "stunt" and said “It is extremely disappointing that members saw fit to vote this down because the business committee and every party whip did support the suspension of standing order 42.1."

The Final Stage of this Bill will be discussed on March 24th.

Update: On March 24th, the Abortion Services (Safe Access Zones) Bill passed the final Stage of the Northern Ireland Assembly with a vote of 55 to 29. This means that there are now "buffer zones" around abortion clinics which will prevent pro-life people from demonstrating their views in these "safe access zones" without risk of fines of up to £2,500. This bill received marginal support from the public which makes the government’s decision questionable.

Update 17.05.2022: Despite the Bill being passed in March, it faced another delay because the Attorney General for Northern Ireland, Dame Brenda King, was not sure whether the Stormont assembly had "legislative competence" for part of the Bill so she asked the UK Supreme court to rule on it. She was specifically wondering about the "reasonable excuse" part of the Bill as its omission may interfere with the right of people to express their beliefs. TUV MLA Jim Allister had advocated for this part of the Bill but the amendment was rejected. The Bill will be delayed until the Supreme Court's decision.