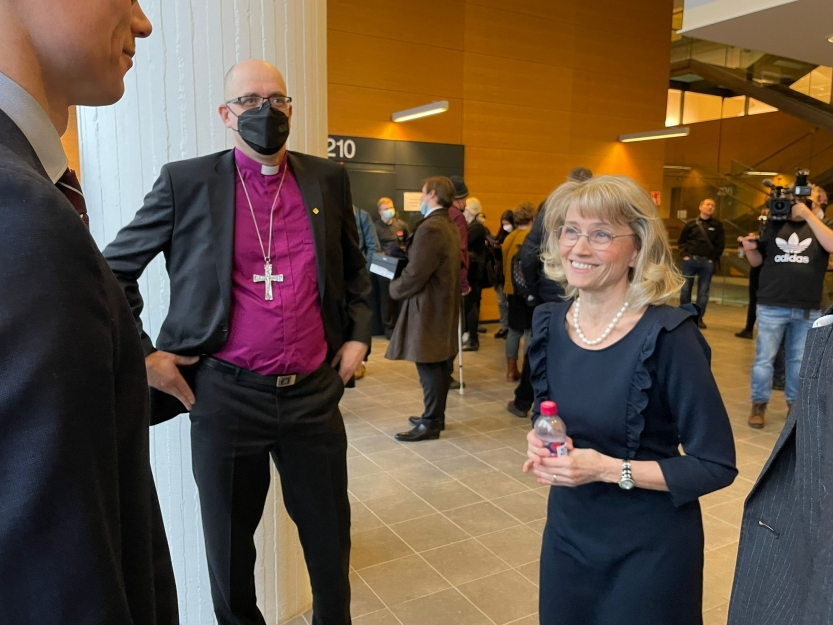 On March 30th, the Helsinki District Court unanimously dismissed all charges against MP Päivi Räsänen and Bishop Juhana Pohjola in a major freedom of speech victory. Päivi Räsänen was prosecuted for sharing her faith based beliefs on marriage in a tweet, and Juhana Pohjola had published a pamphlet, by Räsänen containing these beliefs, 17 years earlier. The ruling of this high-profile case stated that “it is not for the district court to interpret biblical concepts," ordered the prosecution to pay the legal costs of 60,000 EUR, and gave the prosecution seven days to appeal.

Päivi Räsänen said after winning: “I am so grateful the court recognized the threat to free speech and ruled in our favour. I feel a weight has been lifted off my shoulders after being acquitted. Although I am grateful for having had this chance to stand up for freedom of speech, I hope that this ruling will help prevent others from having to go through the same ordeal."

Paul Coleman, Executive Director of ADF International who supported Räsänen said: “We welcome the Helsinki District Court’s ruling. This is an important decision, which upholds the fundamental right to freedom of speech in Finland. In a free society, everyone should be allowed to share their beliefs without fear of censorship. This is the foundation of every free and democratic society. Criminalizing speech through so-called ‘hate-speech’ laws shuts down important public debates and poses a grave threat to our democracies."

All three charges brought against Päivi Räsänen were dismissed but the prosecution may appeal within the next seven days.