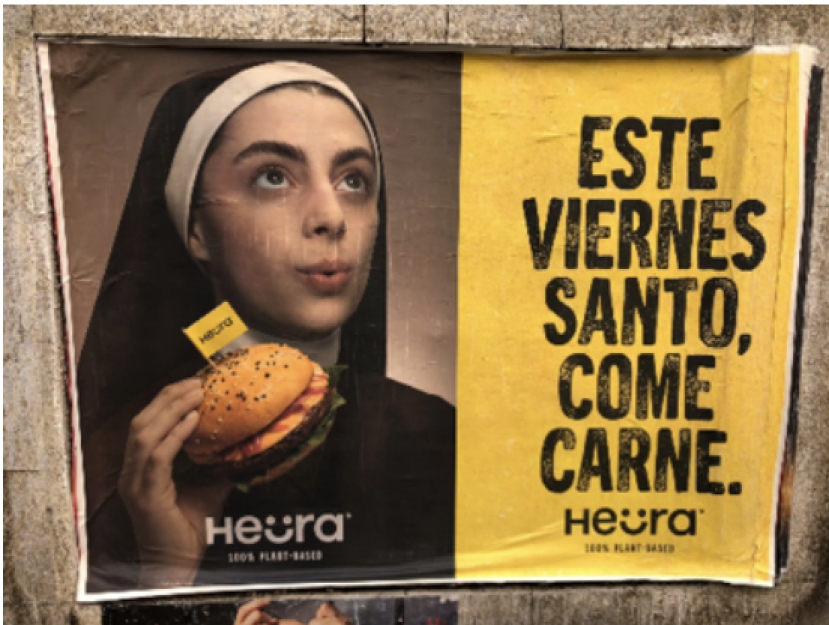 Spanish Catholics started a petition to boycott Burger King for mocking the Eucharist in an ad campaign during the Holy Week. Billboards included the words "take and eat of it all" which were spoken by Jesus during the last supper added to "which has no meat", to advertise their veggie burger. Burger King has since apologized and said they did not mean to offend anyone and immediately began to withdraw the profanation. But two other firms, UBER and HEURA Foods, also mocked religious sentiments by launching a campaign with the picture of a nun eating a hamburger and saying "This Good Friday, eat meat".

The petition collected 25 thousand signatures in two days and the campaign's initiators said, "Money is the only thing these companies understand, and only after the boycott will they begin to respect Christians and Jesus Christ as they deserve." The petition reads, "They mock the Eucharist and the death of Christ at the most sacred time for Christians. They are using Holy Week to launch an offensive campaign targeting millions of believers for publicity and money. It is time to respond with a boycott of Burger King."

Some billboards read "flesh from my flesh" with the word "flesh" replaced with "vegetables."

Burger King's apology read "We apologize to anyone who felt offended by our campaign to promote our vegetable products during Holy Week. Our intention was never to offend anyone and an immediate withdrawal of the campaign has already been implemented."

Source and Image: dorzeczy.pl, Diario Ya