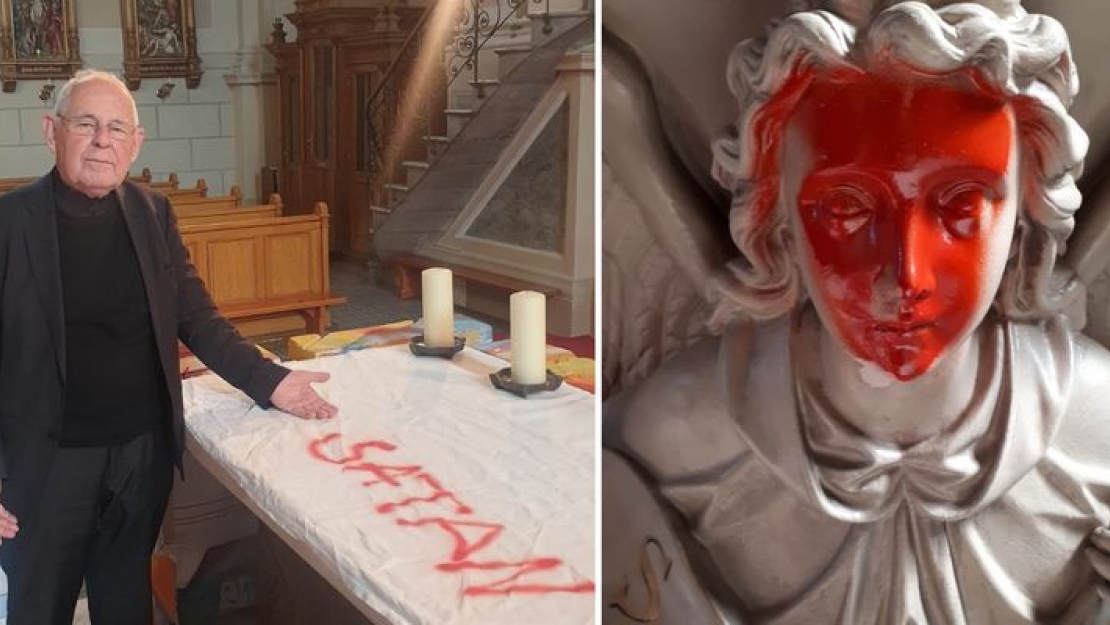 Satanic graffiti appeared in the St. Vincent church in Graz on the 28th of April. The word Satan, upside-down crosses, and the Antichrist number 666 were painted with red spray paint on the walls and altar of the church. The vandals also sprayed an angel's face red and burnt a bible. The Priest, Wolfgang Pucher commented, "It's just unbelievable."

"I have never experienced anything like this. Even a Bible was set on fire, an angel was made the devil. Whoever does such a thing is perverted!" commented the pastor to the newspaper "Die Krone", still in shock after the event.

The diocese of Graz also showed its concern about the satanic attack. "It is very sad that some people see no other way to make their displeasure known than to damage religious places," said spokesman Thomas Stanzer.