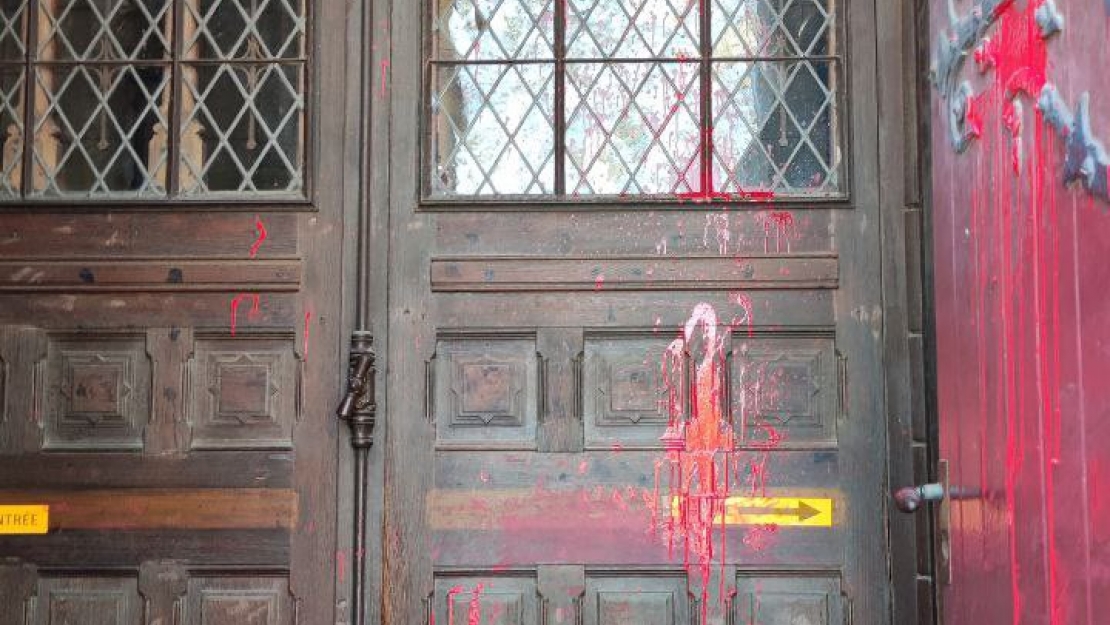 On May 1st during a trade union demonstration, a group of leftist activists - also identified as Antifa - attacked parishioners in front of the Notre-Dame des Victoires church in Angers. The group went by the name of "the Angevin Anti-Fascist Network (RAAF)." The parishioners were attending the 11-hour Mass, while others had positioned themselves in front of the church to prevent attacks. The mob still threw paint on the building and squashed eggs on the ground. They shouted "homophobic slogans" and later returned with a banner directed at Catholics that read, "We are here to challenge those who are dedicated to deifying themselves." The police had to intervene to stop further violence.

Videos of the attack were uploaded to social networks. It seems that some young parishioners and other right-wing activists clashed with the Antifa before the police intervened to disperse them, as can be seen in a video.

An anonymous parishioner present at the mass on Sunday said that "young identitarians were present in front of the church even before the 11 o'clock mass. The damage to the church is partly due to their presence in front of the building during mass. Most of them are not regular parishioners of our church. As a collateral effect, parishioners who arrived late around 11:15 a.m. were pelted with eggs and paint instead."

"The course of the mass was not disturbed, and the parishioners were able to leave the building through the side doors, under the supervision of police officers present on the square," the diocese of Angers commented to "Famille Chrétienne".

The news outlet "Valeurs Actuelles" also complained that the damage and attacks done to the Church and the parishioners were barely reported by mainstream media. The news was mainly portrayed as a clash between far-right and far-left citizens.