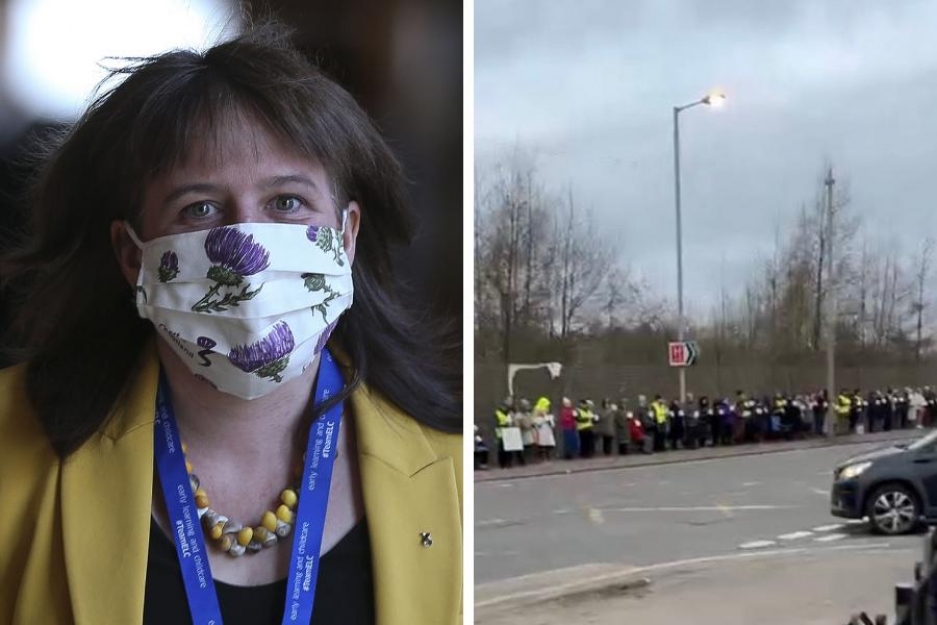 Scottish ministers said they plan to explore options of mediation with pro-life activists regarding "buffer zones" around abortion clinics. According to minutes from an abortion "buffer zone" meeting in February, the Centre for Good Relations asked for engagement “with all interested parties, not just those who are directly involved with the conflict itself." The ministers were criticized for their plan which aims to understand “the issues and perspective from all sides."

Campaigners for "buffer zones," accused the government of "already failing at their responsibility to make sure that citizens can access healthcare without facing harassment." The Scottish Government decided to "explore the option of dialogue," but representatives from health boards thought it would be “difficult for common ground to be found."

The minute of the meeting says: “On balance, the group reflected that understanding the issues and perspective from all sides may still be a useful outcome in and of itself ... It was agreed that the SG would explore the option of dialogue further with members of the group and the Centre for Good Relations, potentially looking at trialling scoping in one location first.”

Lucy Grieve, from "Back Off Scotland" which wants the "buffer zones," said: “As the FM said at FMQs last week that she ‘condemns in the strongest possible terms’ this type of harassment, so it’s concerning that they’re wanting to enter a dialogue with a group that, as 40 Days for Life state, want to ‘end the scourge of abortion’.”