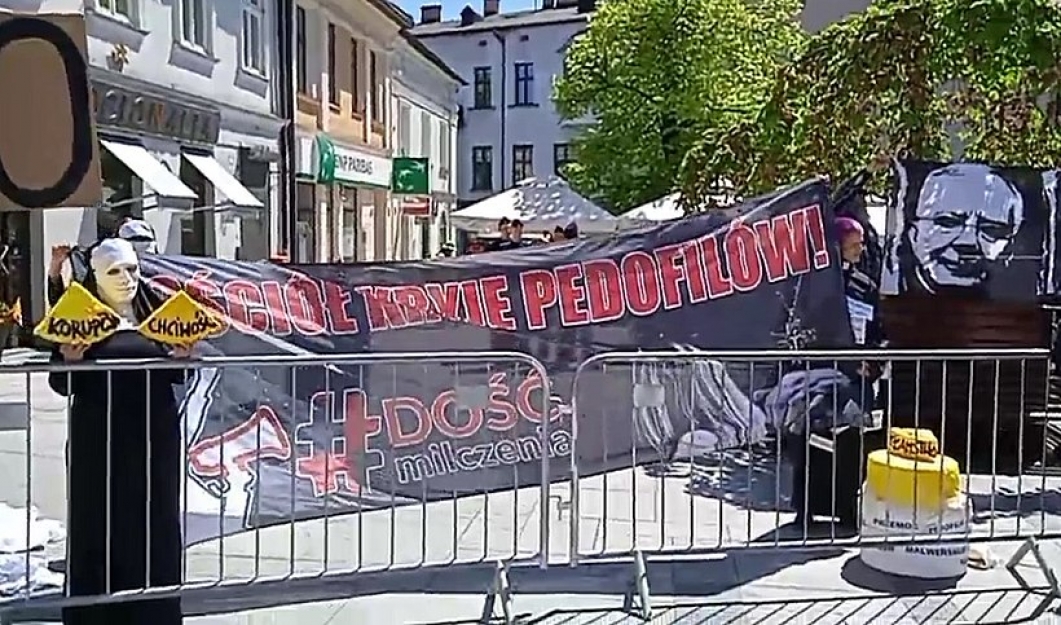 On May 18th, mass was held in the basilica of Wadowice to commemorate the 102nd birthday of Pope John Paul II. During the mass, the anti-clerical initiative "Enough of Silence", organized a protest in which they turned on loudspeaker to disrupt the celebrations. Some in the square tried to stop the protestors and were shocked by their presence saying: "How can you be there? On such a day?"

Katarzyna Wójtowicz, the leader of the campaign, explained why the activists were there: "We will remind you of the actions of JP II that caused suffering to hundreds of people around the world. Including his friendship with Degollado."