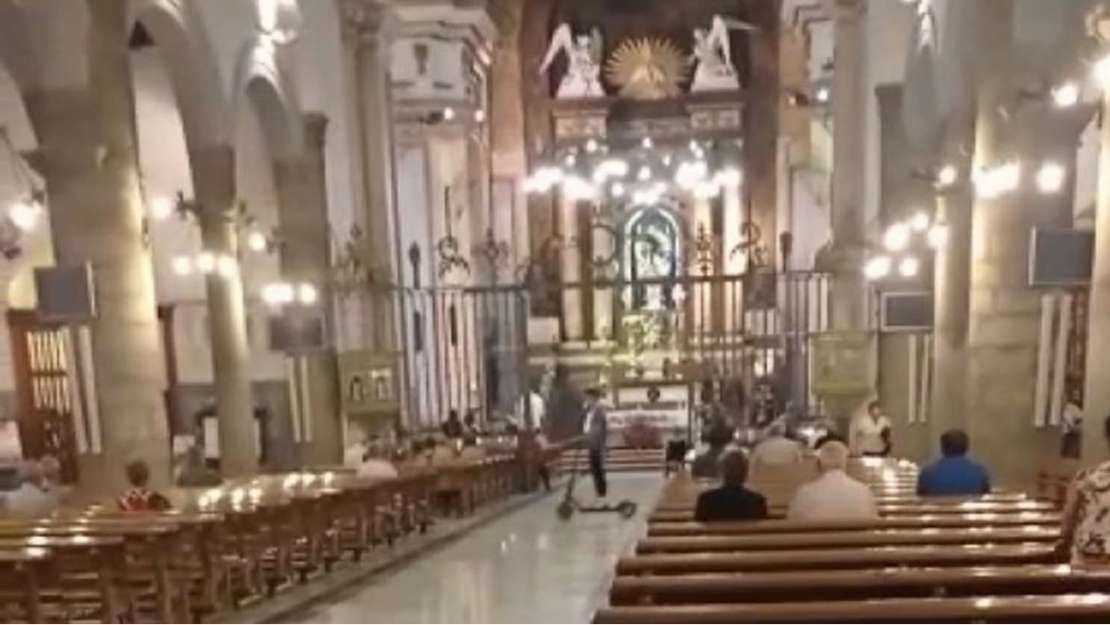 David Moreno, a spokesman for VOX Talavera, requested that the driver of the electric scooter, which entered the Basilica of Our Lady of the Prado in Talavera, be identified and charged. He explained that the "offensive acts like this cannot be allowed," and that the driver should be charged with crimes against religious freedom and disrespect of religious sentiment. He said: "no prank justifies disrespect for a Catholic temple, attacking religious sentiments."

Mr. Moreno, who filed a complaint, continued: "The objective, patent, clear and malicious behavior of this individual was the desecration of the temple and the offense of duly protected Christian religious sentiments by driving an electric scooter inside the temple during the celebration of a liturgical act, a premeditated and conscious conduct, since as can be seen in the video he is helped by a second person who is the one who records these events.”