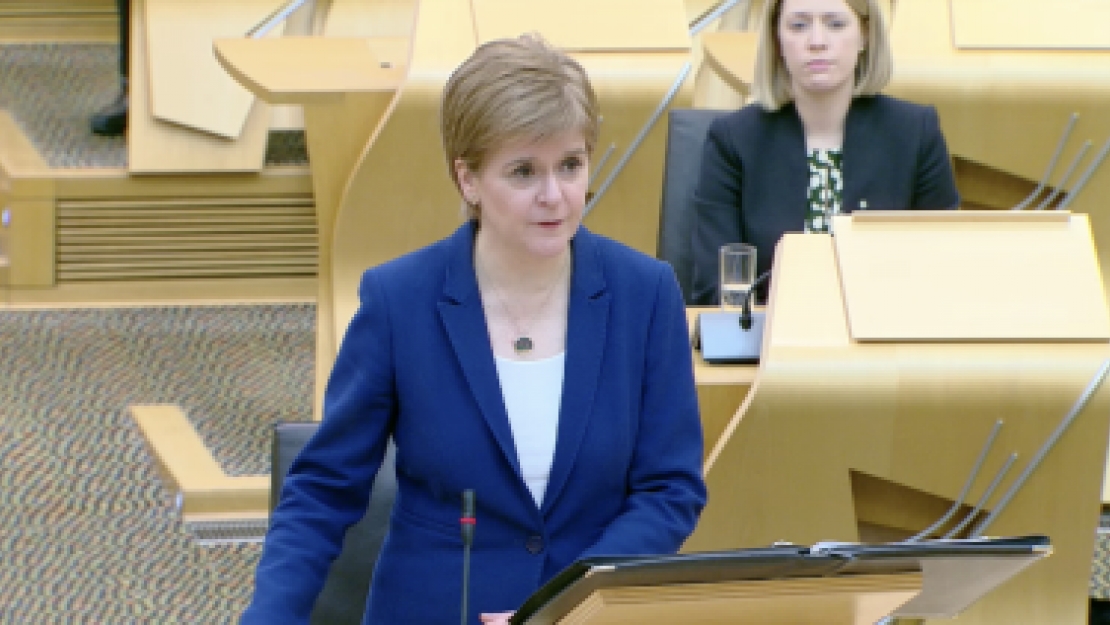 Nicola Sturgeon, the First Minister of Scotland, has pronounced in favor of the legislation meant to limit pro-life activity around abortion clinics, which could lead to the creation of abortion clinic "buffer zones" across Scotland. The First Minister suggested that pro-life groups could protest in front of the Scottish parliament instead of gathering outside abortion clinics. A legal counsel for ADF UK, Mr. Igunnubole, warns that such laws do not possess a "reasonable excuse" to ignore basic tenets of the rule of law, such as Freedom of Speech and Freedom of Assembly.

A national debate on the topic began after a backlash against prayer vigils outside the Sandyford clinic in Glasgow. Following this event, Gillian Mackay, an MSP for the Green Party, launched a bill to implement 150m "buffer zones" around abortion clinics, which would criminalize by up to two years in prison, anyone who addressed the women going to the clinic (within the buffer zone), with the purpose of trying to convince them otherwise.

Nicola Sturgeon said that she finds "what is happening outside hospitals and outside the Sandyford completely and utterly unacceptable". Therefore, she is planning to organize a summit to address this problem, expressing her commitment to finding "solutions as quickly as possible". She further added, "and lastly repeat my call to those who want to protest against abortion to come and do it outside this parliament where the laws are made and leave women alone and stop trying to intimidate them."

The Society for the Protection of Unborn Children is urging the government to not impose this ban, claiming that "those who turn up near to the locations where abortions are carried out, to offer prayer and help, do so with the greatest compassion and sensitivity". SPUC's Executive Director, Michael Robinson, further stated that "what such vigils do is offer the last glimmer of support for women who need somewhere else to turn when they have otherwise been made to feel abortion is their only option".

Jeremiah Igunnubole, legal counsel at ADF UK, warns that such bans on "influencing" women and praying outside clinics would lead to the criminalization of regular and upstanding citizens for exercising their fundamental freedoms, using the example of Rosa Lalor, who was fined for holding a prayer walk. He writes in an article: "Even if well-intentioned, vague and broad law-making will almost always result in more unjust arrests and needless interferences with fundamental rights. Rights can only be safeguarded where the ambit of criminality is well defined both to restrict the scope for police abuse and to give citizens sufficient notice to tailor their behavior."