Public Cross Vandalized With The Colors of The Republican Flag 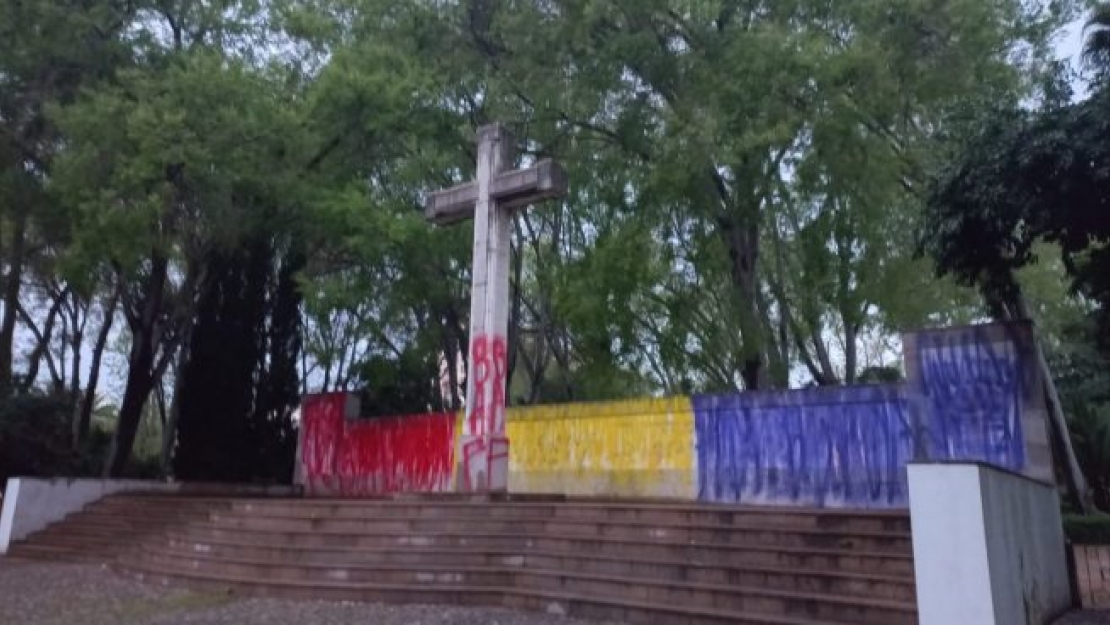 On the morning of April 14, the cross in Ribalta Park was found vandalized, painted with the colors of the Republican flag. The vandalistic act was perpetrated by the far-left group Antifascist Brigades of Castellón, on the anniversary of the proclamation of the Second Republic in Spain. In July 2021, the City Council of Castellón wanted to remove the cross due to its "Francoist Past", applying the Historical Memory Law, but the Christian Lawyers appealed and the judge of the Contentious- Administrative number 2 of Castellón ruled that no action was to be taken against the monument until the appeal was resolved.

The Castellón City Council's spokeswoman for the PP condemns the attack, saying that "Today the cross in Ribalta Park has dawned with graffiti, like almost every day. Just like yesterday, the Santa María co-cathedral woke up, which is an asset of cultural interest, with graffiti, presumably, also by the same authors, who presumably assaulted the Castellón City Hall. And they always go unpunished. It does not surprise us, when it seems that the municipal government protects them, precisely urging the demolition of the cross"