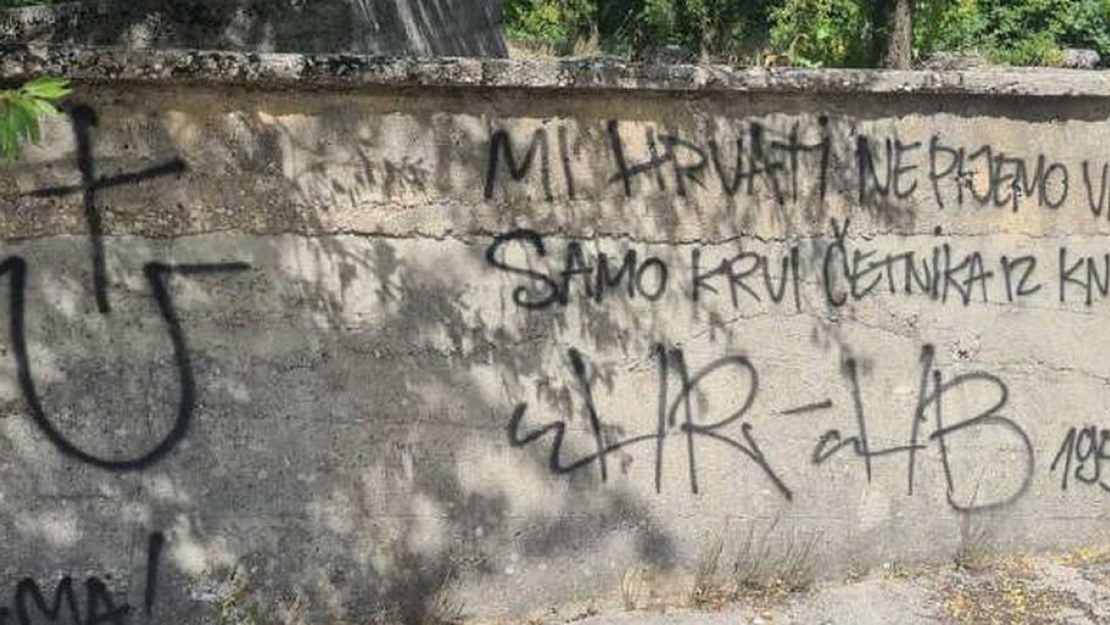 During the night of July 10, an Orthodox cemetery was desecrated in the Bosnian city of Mostar. Writings on the walls of the cemetery contained threats against Serbs, leading them to report fearing for their safety. This attack was reported to the police and to the Ministry of Internal Affairs by Archpriest Nebojša Radić.

Unknown vandals wrote threats against Serbs, such as "Serbian family of 13. The mass grave has already been dug. I throw a grenade—12 deaths, and I stab the last survivor with a pitchfork", “We Croats don’t drink wine, only the blood of Chetniks from Kin!”, and “The Croatian Republic of Herzeg-Bosnia”. The perpetrators also drew symbols of the Croatian Ustaše, referencing the Jasenovac and Stara Gradiška concentration camps where Serbs, Jews, and Gypsies suffered.

Archpriest Nebojša Radić recalled that prior to this vandalistic attack, around 700 Serbian graves were destroyed at the Partisan Memorial Cemetery in Mostar. The Chairman of the Committee for the Protection of the Rights of Serbs in Bosnia and Herzegovina, George Radanović, added that Orthodox cemeteries and churches have constantly been under attack in Bosnia and Herzegovina, with about 1,000 Orthodox cemeteries having been vandalized and desecrated.