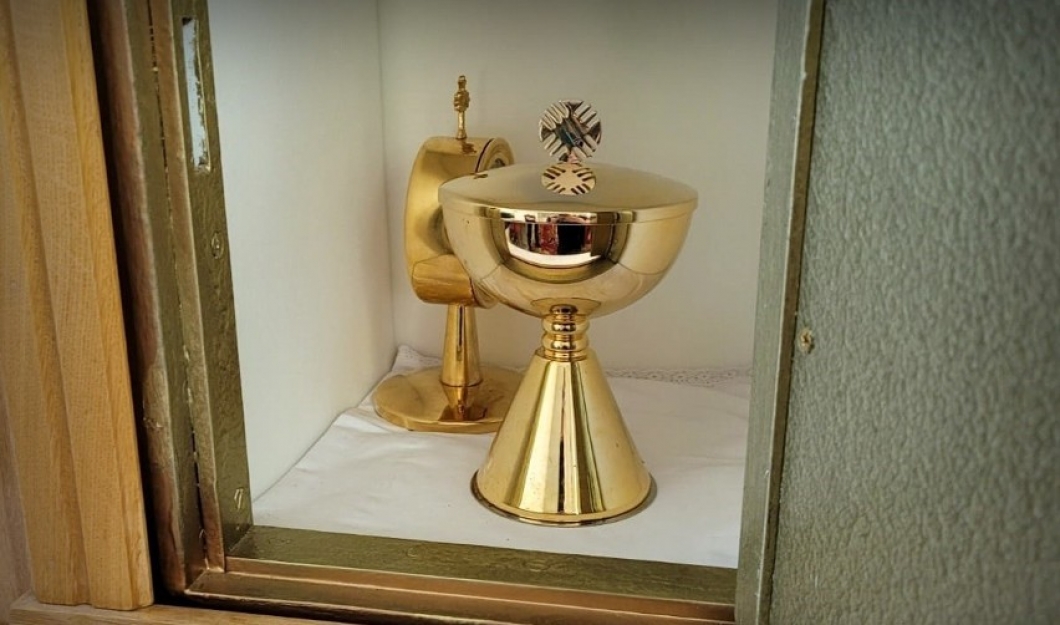 During the night between the 16th and 17th of July, three young people, aged 20, 21, and 25, broke into a church in the Świebodzin Commune, while under the influence of alcohol. They entered the church by breaking the padlock and, inside, stole the chalice, cyborium, and message boxes, worth a little over 400 euros. However, according to the police, after leaving the church building, they left the stolen objects in the bushes and entered the bell tower, rang the bells and hence woke up the town residents. The perpetrators were identified and detained by the police. They were charged with "theft with burglary" and can face up to 10 years in prison.

Picture retrieved from Gazetalubuska.pl by the Lubuskie Police