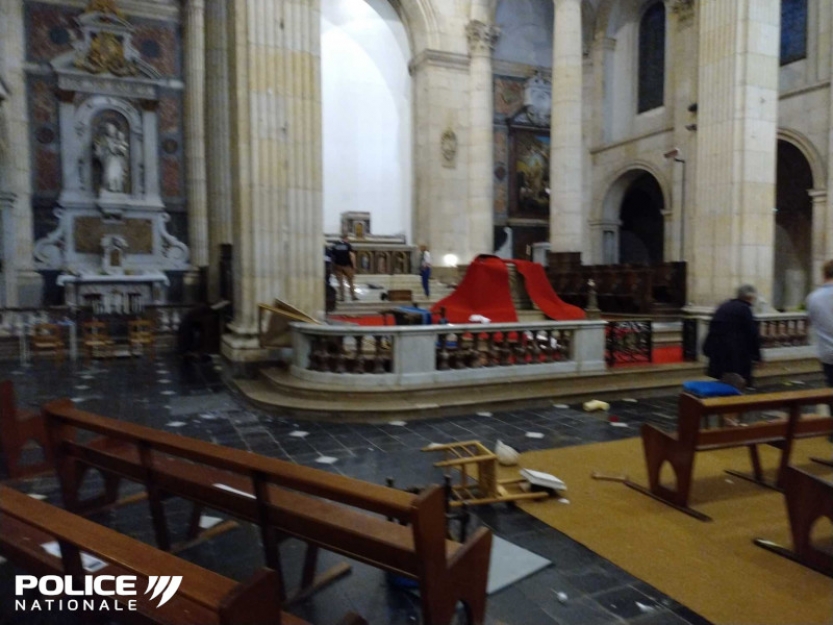 On the 26. July at night, a US-American tourist ransacked the Basilica of Boulogne-sur-Mer. In the pictures posted by the police on Twitter one can see benches were knocked down, statues broken on the ground, the altar was ransacked and other sacred objects were damaged. The man was arrested by the local police.

The police found the man "covered in blood and in a state of madness".

The mayor, Frédéric Cuvillier, called it "a damning and unspeakable act". The town mayor commented that "this act of vandalism is not, a priori, a claim but seems to be the result of an act of insanity". At the end of his custody, the suspect was sent to undergo a psychiatric examination, which would determine whether he will be prosecuted.