Canada: 260% Rise in anti-Catholic Hate Crimes, but no Media Coverage 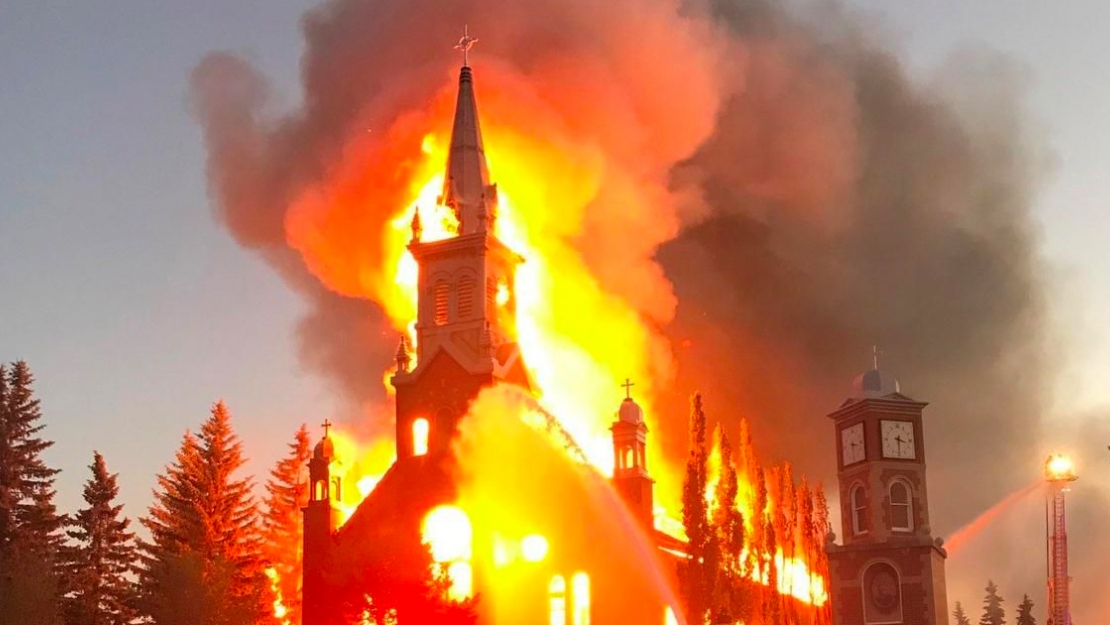 The Canadian police released the hate crime data for 2021 on the 3rd of August, showing an alarming rise in anti-religious hate crimes: from 530 cases in 2020 to 884 in 2021. Anti-Catholic hate crimes rose 260%: while there were 43 cases in 2020, it rose to 155 in 2021. Catholics were the second most target group after Jews. Main News Broadcasters reported on these worrying numbers, but although Anti-Catholic motives were the second most targeted religious group and showed the highest rise among all categories, the media only used examples from other groups.

The major Canadian broadcaster, CBC, covered the news but featured only Muslims, and ethnic groups - such as Black and Asian - in their report, leaving out data about Catholics. Global News Canada also reported on the statistics, covering racial and ethnic groups and the Jewish community, but no mention of the sharp rise in anti-Catholic hate crimes. The same happened in Star News, where the press coverage mentioned the impact this had on the Muslim, Jewish, Trans, Black, and Asian community, leaving out the Catholic groups.

The Catholic News Agency (CNA) reported on this issue and mentioned the indifference of the media despite the alarming data. It also said that it is unknown how many cases remain unreported.

CNA also highlighted that the surge in anti-Catholic hate came from initial reports came out "starting in May 2021 of possible unmarked graves on the property of former residential schools for indigenous Canadians", which were used by the media and left-leaning organizations to stift animosity against Catholic Churches, although the findings were not confirmed and it could be that the sites were used as community graveyards, instead of mass graves. According to the Catholic Civil Rights League in Canada, "the period of May through August of 2021 saw more attacks on Catholic churches in Canada than any other period."

Madeleine Enzlberger, Executive Director of OIDAC Europe, also commented on these findings and the lack of awareness by the media: "Legitimizing violence against the church by turning a blind eye to it, could lead to a normalization that could socially legitimize the further escalation of violence to even more severe levels. This spiral of violence needs to be broken at its earliest stages before it gets out of control."

She added: "The only thing we demand is a fair representation for everyone, no privileges or favors, just fairness, and equal treatment. There is also no need to overly popularize the problems Christians are facing in Canada but not to mention it at all, even though it is an official government statistic, also sends out a clear message. This message is clearly not the one of tolerance and diversity we usually hear, as these concepts seem to be only applicable to certain groups. It’s time that politics and media, the ones who mainly shape the public discourse, realize that diversity and tolerance are not to be seen in terms of relative but absolute gains. Whether it be the majority or minority groups, they should not be put up in a competition against each other. But constantly mentioning the same groups and even ignoring facts creates this social climate that is toxic for our social cohesion."

Picture taken from TNC - Map of 68 Churches that were burned in Canada in 2021: TNC