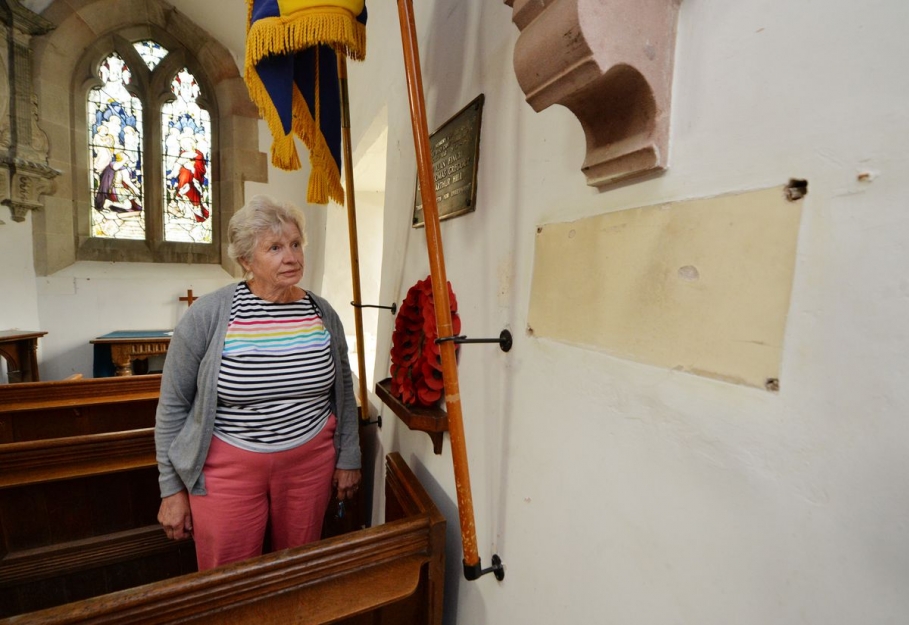 For the third time on the year, the village church of Saint Gregory the Great in Morville has been the target of theft and vandalism. This time, the thieves stole a plaque commemorating a war hero, Thomas Hoblyn-Robins (from WWI). This happened on the 9. of August. On the same day two brass candlesticks, one brass vase and two brass candleholders were stolen. The police are asking for witness information.

Another incident happened in March, as thieves also took candlesticks, candles and a brass vase from the church. The next month they broke in again and they only got away with a vacuum cleaner.

Ian Rowe from the church said they weren't in touch with any of the present-day Hoblyn-Robins family but it was upsetting that the thieves would take the plaque. He said: "This commemorates a war hero and is bound to have sentimental value to the family or other people even who use the church, some of whom may have known the family.

"It is the third time this year we have had a theft from the church - which will remain unlocked for parishioners and visitors - and whilst each time nothing major of monetary value has been taken, it is just the thought that somebody would do something like this in a quiet village and at a place of worship."

On the church's Facebook page people expressed their disappointment:

Charlie Welding wrote: "That's so sad to read. I can't understand someone stealing from a church. Please do the right thing and return the items. We were married here last Saturday and will always have a great fondness for Morville."

Lynne McCormack said: "That’s disgusting and shows a complete lack of respect. I hope the thieves think better and do the right thing."