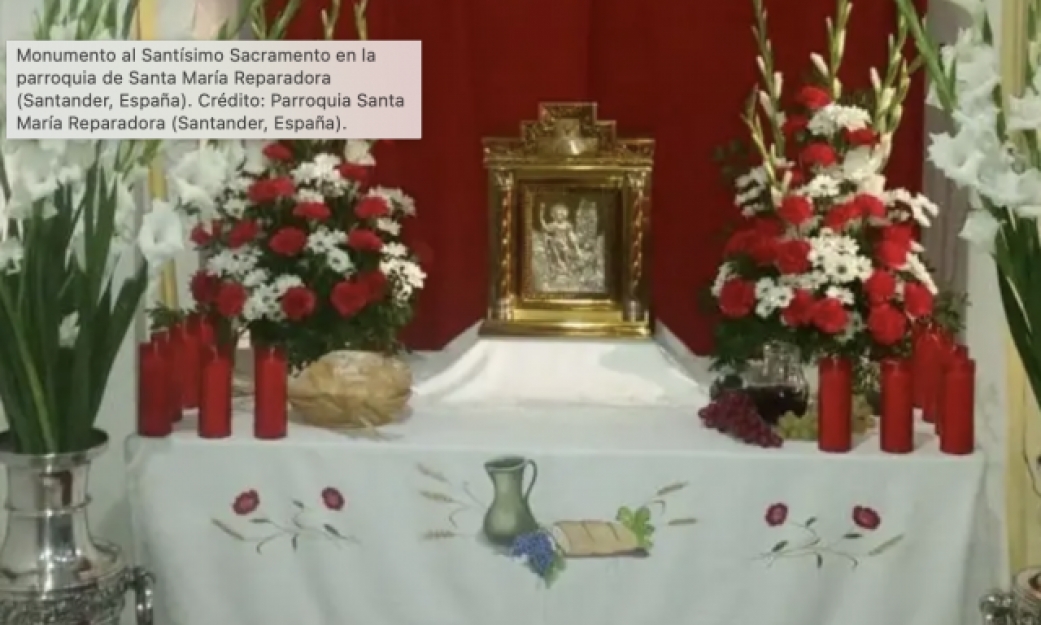 On the 16. August, the tabernacle of the parish of Santa María Reparadora in Santander was desecrated. The perpetrators stole the ciborium with the consecrated hosts that were reserved inside, as well as the virile of a monstrance. The Diocese of Santander and the National Police confirmed that a group of unidentified individuals desecrated the temple. It seems that at least one parishioner witnessed the incident, seeing how two persons went to the tabernacle, opened it, and took the sacred objects. Fr Antonio Arribas, media delegate of the Diocese, told ACI Prensa that the incident has been reported to the Police.