Door of Romanian Church Found Locked With Chains And A Padlock 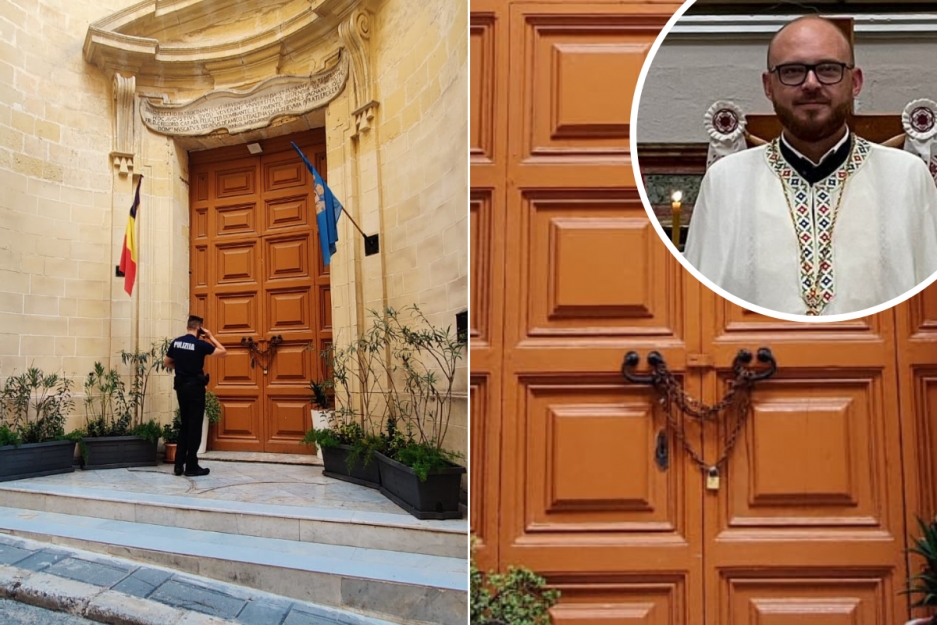 The parishioners of a Romanian Orthodox Church found the door locked with chains and a padlock on Sunday 21. August. Unknown vandals" had wrapped a chain around the iron knobs of the front door of the St. Roque's church in Valletta, they also locked the chain with a padlock. The president of the community, Fr George-Alexandru Popescu, told the newspaper that he contacted the people of the parish to see if someone had locked the doors in this way, but found out that it was an act of vandalism. Another incident had already happened in November of last year, when vandals poured gasoline on the parvis.

"There was a first message and a second one. Who knows what the third message will be and when it will come? We are concerned," commented Fr Popescu. Now he has decided to install CCTV cameras outside the Church.