Fr. Bernard Considered a "Risk to Children" by Church of England for Stating Biblical Teachings 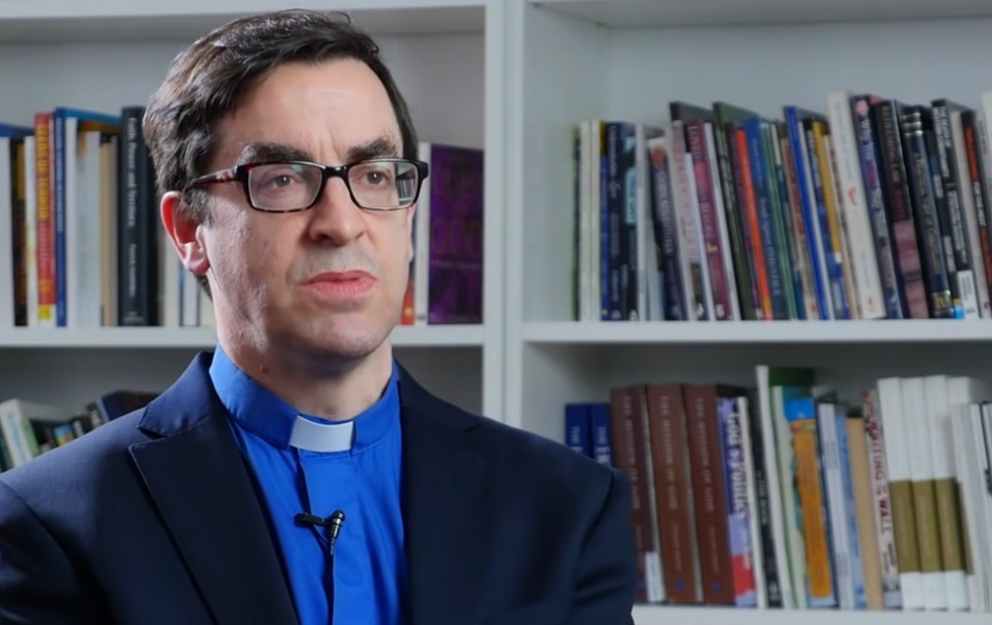 Rev Dr. Bernard Randall is a Christian chaplain who was reported to a terrorist watchdog by the school he worked at, after giving a sermon addressing the new LGBT Guidelines and telling his pupils it was ok to make up their own minds, as long as they remain respectful towards other's opinions. He is now facing a high-profile Employment Tribunal hearing and has even been blacklisted as a safeguarding risk to children by the Church of England (CofE). Dr. Randall says he was interrogated and told that refusing to capitulate to the allegation and denying his beliefs made him a risk. The diocese safeguarding team concluded ‘the Church itself is a risk factor.’

Although reports found Dr. Randall had done nothing wrong and local authorities stated that there was no cause for concern and no evidence of inappropriate behavior in relation to his pastoral ministry during his time at Trent College or previously, Trent College and the Diocese of Derby have made sure that Dr. Randall could not officiate again in the region.

Dr. Randall has not been employed in ministry since his dismissal by Trent College, and the Bishop of Derby has refused to allow him to officiate in Church services.

The Archdeacon of Derby the Revd. Christopher Cunliffe indicated also that “there are a disproportionate number of people who are drawn to schools via the Church who have “this way of thinking”, suggesting that those having Dr Randall’s views were also a "risk".

Dr. Randall commented: “It has been a hostile, traumatic and deeply stressful experience. I have been marked as a ‘risk to children’ by Church officials for expressing, moderately, the Church of England's own teaching on human sexuality"... He also added: “The behaviour of the school is wrong, but the Church should have known better and done better. How I have been treated by the Church of England has hurt me more than anything."

Andrea Williams, chief executive of the Christian Legal Centre, who are supporting his case, also stated: “The Church of England’s wholesale misuse of safeguarding to suggest that Bernard is a risk to children is one of the most distasteful and objectionable elements of this extraordinary case.

She also said that: “I would love to have seen the Church of England defend Bernard Randall after his moderate and thoughtful sermon upholding the Church’s teaching. I would love to have seen them say that he was a faithful minister doing the job he loved and serving the children at Trent College. If they had done that and helped him to keep his position we wouldn’t be where we are today." And commented about him: “Bernard Randall is a good man who loves Jesus and biblical truth and is passionate about the hope that is found in the gospel for school communities."