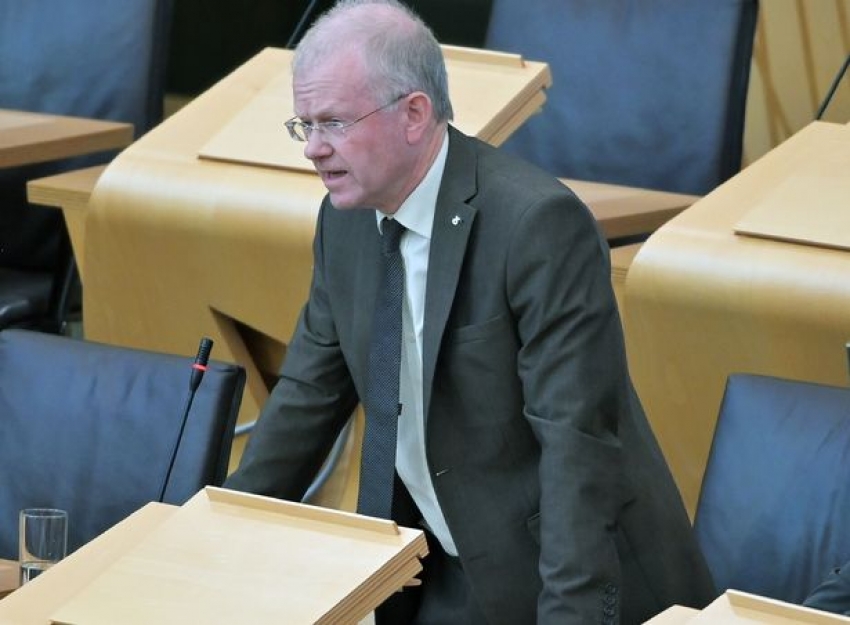 A Scottish politician, John Mason, has been disciplined by party leaders at Holyrood after he showed support for pro-life activism outside hospitals. He was sent a written warning and was accused of causing women “great distress” for his remarks on abortion and buffer zones outside clinics. The news was reported recently on the 15. September.

The letter sent by his leaders was leaked, it reads: “Your lack of sensitivity especially in the current context has been noted....Your behaviour and conduct have been extremely disappointing, and we believe that you have brought the Parliamentary group into disrepute.”

John Mason, the Glasgow Shettleston MSP had made his opinion about abortion known before. While the SNP-led Government supports buffer zones around clinics to "protect women from harassment", John Mason explains the activism consists mostly of prayer vigils.

The comment that caused the uproar was a tweet where he said: "Surely these signs are very gentle and offering help? I do not see anything hateful or harassing about these signs," adding that he spoke to women who had regretted abortion and therefore it was ok to offer women help, if they are not sure they want to have an abortion.

On the 29. June he received a letter from SNP MPs Stuart McMillan and Gordon MacDonald, who are the party bosses. They wrote: “We would like to make it clear that we absolutely respect your right to hold your views on abortion and your right to freedom of speech and expression.

“We do not, however, believe that you have the right to impose these views on others. The verbalisation of your views has caused great distress and trauma to many women and have also been regarded as misinformation by medical professionals. (...) We are dismayed that you have chosen to express your views in the media without approaching the group first to express the concerns you may have.”

They added: “We consider this breach a serious one and are issuing you with a formal written warning.”

Mason’s response said: “You say that I have the ‘right to freedom of speech and expression’ on abortion but later that the ‘verbalisation of your views has caused great distress and trauma’. I am struggling to see how these two fit together. I accept that for many people who have decided on an abortion, they are content with the service provided. However, for at least some women who perhaps were being coerced or who had not fully made up their minds, they consider that they have had a bad experience.”

Mason also claimed: “On the question of faith, I would actually say it is more the science which persuades me to oppose abortion rather than my faith.”

Other MSPs, McMillan and Mackay also commented on the matter: “The fact that you choose to use a public platform to express your personal views, as a public figure and an elected member, is in our view using your position to promote and impose your views on others.”

And the organization Back Off Scotland, which supports buffer zones around hospitals wrote: “John is obviously entitled to his own views on abortion, but he cannot use his platform as a parliamentarian to spread harmful narratives about abortion access in Scotland. Whilst we’re glad the SNP have taken action on this, John has continued to spread misinformation and cause distress since this [discipline] letter was sent in June which is unacceptable.”