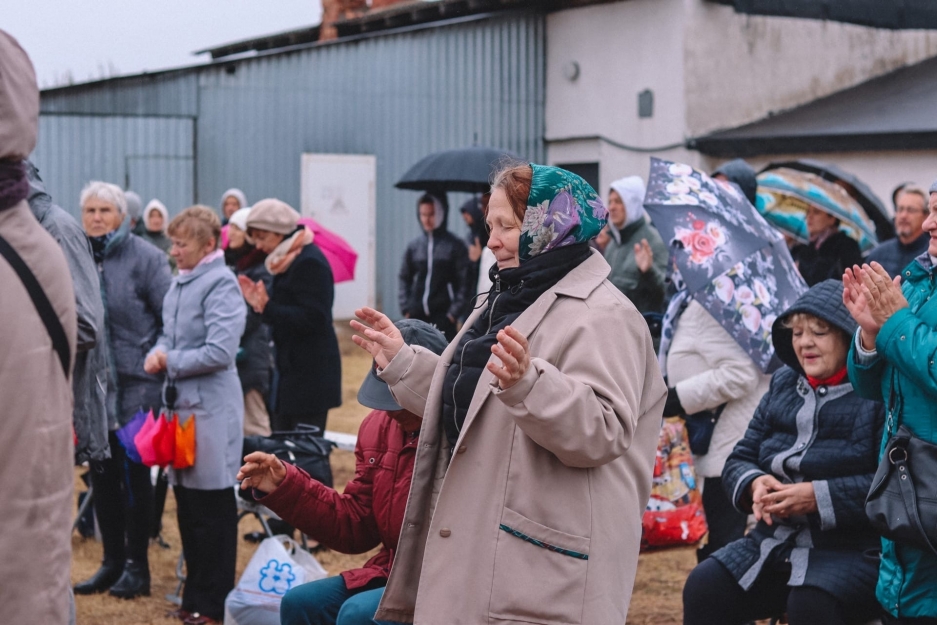 Belarusian Police banned New Life Church from meeting for dominical worship in the parking lot of the church building from which they had been forcibly evicted. On 25 September officials ordered the Belarussian Police to ban the Sunday meeting and detain anyone who did not leave, while pastors Vyacheslav Goncharenko and Antoni Bokun were detained and fined for having organized the 18 September 2022 service.

Since Minsk's New Life Pentecostal Church (Церковь «Новая Жизнь» Минск) had been forcibly evicted from its church building in February 2021, the congregation was meeting and holding services every Sunday in the parking lot next to the church. On 25 September officials ordered the Belarussian Police to ban the Sunday meeting and detain anyone who did not leave, while pastors Vyacheslav Goncharenko and Antoni Bokun were detained and fined for having organized the 18 September 2022 service.

Belarussian law forbids unregistered political parties, foundations, and civil or religious organisations from holding any kind of unapproved meeting under Article 24.23, Part 1 on "Violation of the procedure for the organization or holding mass actions" of the Administrative Code of Belarus, with fines of up to 100 base units (about two months' average salary), or community service, or 15 days' imprisonment. Only registered organisations are allowed to hold meetings at state-approved places.

The New Life Church has attempted to get a permit to hold meetings either in the car park or to have their church building returned to them, but all the attempts have been refused by the Deputy Chair of the Minsk City Executive Committee, who had previously threatened the New Life Church with liquidation, which would in fact turn all its activity illegal and subject to punishment.

Activities by unregistered or liquidated communities could lead to prosecutions under Article 193-1 of the Criminal Code of the Republic of Belarus, which was restored on 22 January after having been suppressed in July 2019.

Other Christian religious communities have also faced similar repression by Belarussian authorities, for example, the Pomorian Old-Orthodox Church in Minsk, which was denied building permission in March 2022, or a local Protestant community that was fined for holding public baptisms in the city of Gomel.