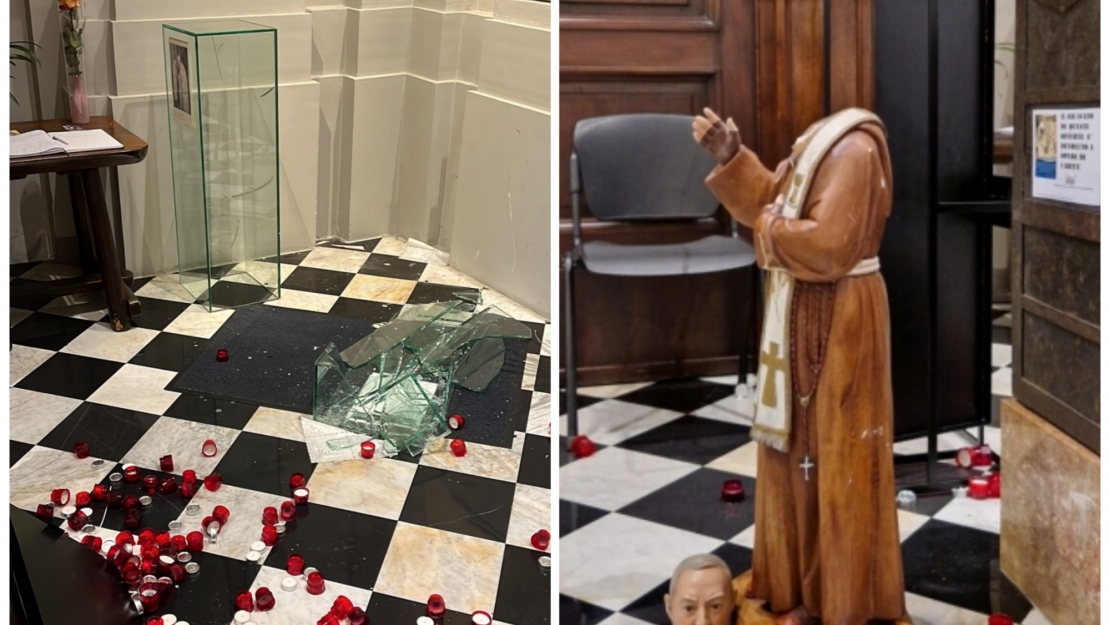 In the morning of October 27. a man vandalised the church of San Carlo in Lugano. First, holding a vase of flowers, he hit the protective glass of the statue of the Virgin above the altar. Then he used a candleholder to destroy other statues and objects in the church, including decapitating a plaster statue of Padre Pio. The sacristan's wife, assisted by another person, locked the intruder in the church and called the police. The sacristan, who arrived at the church shortly after, tried to stop the intruder, who then attempted to assault him.