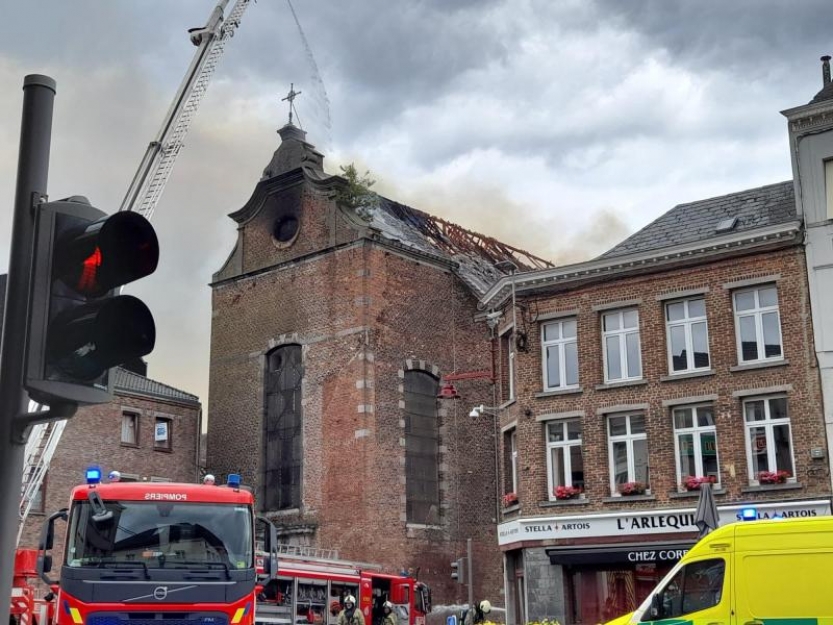 On the 10th of June a big fire broke out in the Church of Recollects in Binche that consumed most of the church. The authorities detected three separate fires inside the building, which indicates a willful criminal act. The church was no longer in use but it was protected as a historical monument. After the fire, the authorities had to consider demolishing the building, due to its instability.

No injuries were reported. The building, which had been desecrated years ago, was no longer occupied. Parts of the church, including the bell tower, fell onto the road. The neighbouring houses, including the Institut Supérieur Plus Oultre, had to be evacuated in order to prevent any possible spread.

The fire was finally brought under control at around 2.30 pm, but further fires could not be ruled out.