Church Set on Fire While Faithful were Celebrating Mass Inside 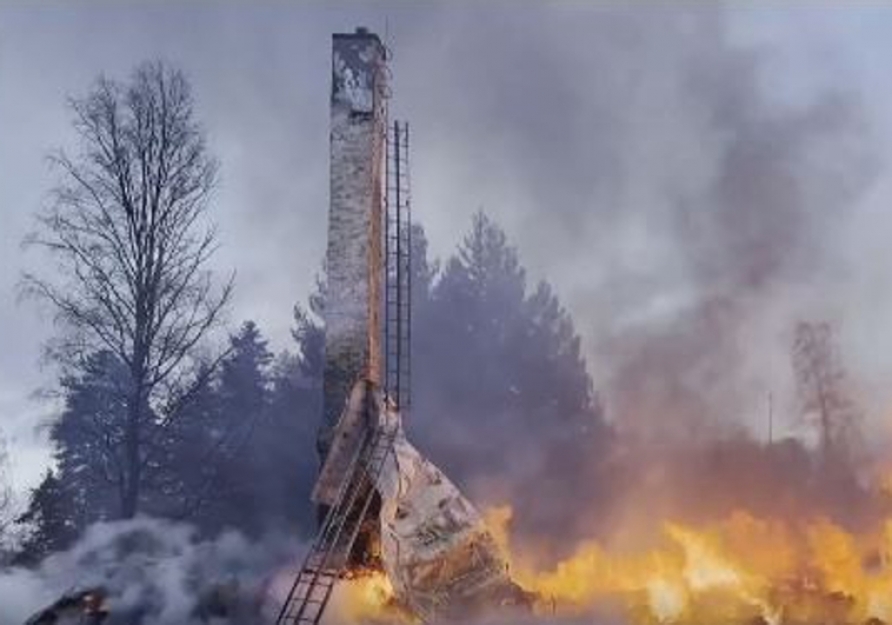 On the 25. December, while 30 people were celebrating mass in a small wooden church in Rautjärvi, a fire broke out and the faithful had to be quickly evacuated. The historic Evangelical church was completely destroyed by the fire that started at 8.30 am. The criminal commissioner, Mika Salminen said in a press conference that the side doors of the church had been attacked with ropes. There is no doubt for the police, that this was a willful attack.

The first police unit arrived at the church at 9.09 am. After first investigations, "it appears that the fire started at the church's main door and the adjacent tower and that there were noises that sounded like a bang," Chief Inspector Ari Järveläinen said at a press conference.

A couple of hours after the fire in the church a house also burnt down about thirty kilometres away. The police are investigating whether the fires are linked.