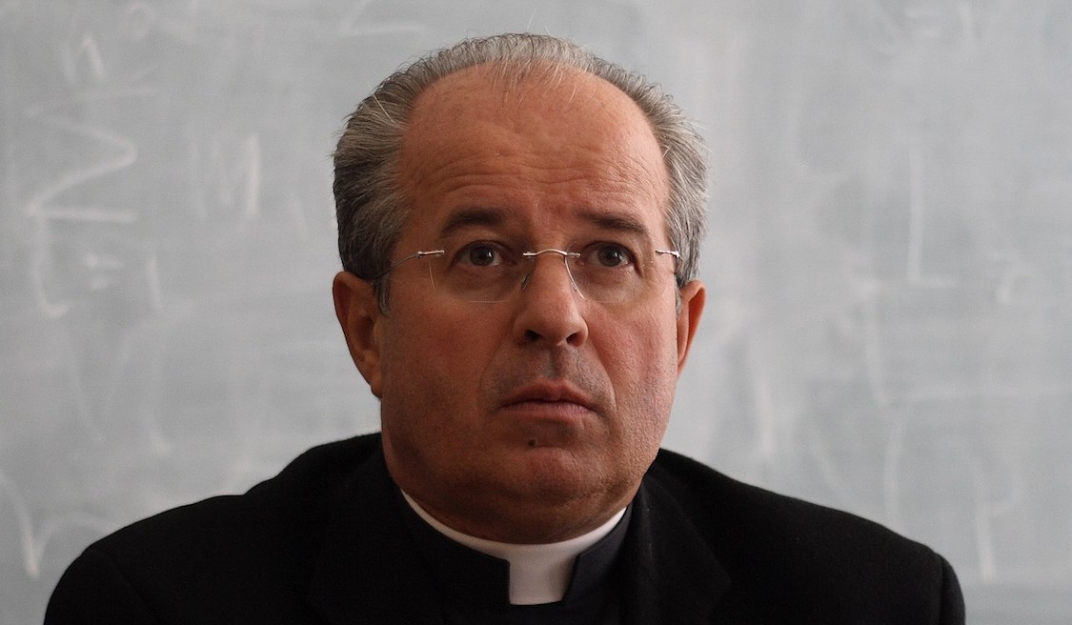 The Holy See has attacked the latest UN report on religious freedom. Decrying particularly the document's many references to gender ideology, the Holy See called the language a sort of "ideological colonization on the part of some States and international institution." The Holy See said the Report is an "attack to religious freedom."

The Holy See has attacked the latest UN report on religious freedom. Decrying particularly the document's many references to gender ideology, the Holy See called the language a sort of "ideological colonization on the part of some States and international institution." The Holy See said the Report is an "attack to religious freedom."

"Particularly unacceptable and offensive are the numerous references that recommend that freedom of religion or belief and the conscientious objection must be surrendered for the promotion of other so-called 'human rights', which certainly do not enjoy consensus;" the Holy See statement remarks.

The Report of the Special Rapporteur on Freedom of Religion or Belief was discussed on March 2 at the 43rd session of the Human Rights Council. The Holy See delegation was led by Archbishop Ivan Jurkovic, the Holy See Permanent Observer to the international organization in Geneva.

The Report is based on fighting "worldwide religious precepts (that) underlie laws and state-sanctioned practices that constitute violations of the right to non-discrimination of women, girls and lesbian, gay, bisexual and transgender (LGBT+)"

One of the goals of the Report is "emphasizing the responsibility of States in creating enabling environments to advance the non-discrimination and freedom of religion or belief rights of women, girls and LGBT+ persons."

In the end, the Report advocates a concept of freedom "from" and within" religion to protect the so-called new human rights; questions the existence of a right to conscientious objection; and also implicitly pushes doctrinal changes in religions on the basis of international law requirements.

In addition to that, the Report was made available only at the last moment, not leaving States the possibility to look in-depth into it before the session.

Speaking at the Human Rights Council on March 2, Archbishop Jurkovic stressed that "the Report, at least in part, is an attack on freedom of religion or belief as well as freedom of conscience."

Archbishop Jurkovic reiterated that "the Holy See has always understood 'gender' and related terms according to the ordinary, generally accepted usage of the word 'gender,' based on the biological identity that is male and female."

The Holy See delegation lamented that "the Report seems to focus less on the protection of men and women, of any faith or personal belief, that are persecuted or discriminated against (a still too vivid reality for millions of persons worldwide), and more on pushing a vision of human society that is not shared by all and does not reflect the social, cultural and religious reality of many peoples."

Archbishop Jurkovic noted that the Special Rapporteur made "no reference to the efforts made by religious leaders to intervene at the earliest opportunity to stop the shedding of innocent blood and bring an end to wars."

This silence, the Holy See noted, is "ironic," considering that the Report falls "in the year of the landmark Declaration on Human Fraternity for World Peace and Living Together issued, on February 4, 2019, by the Grand Imam of Al-Azhar and Pope Francis." The declaration, Archbishop Jurkovic added, "called on world leaders to work towards spreading a culture of tolerance and living together in peace."

The Holy See also addressed the issue of ideological colonization. Quoting the 2019 Pope Francis' speech to the diplomatic corps, the Holy See underscored "[t]he growing influence within the international Organizations of powers and interest groups that impose their own visions and ideas, sparking new forms of ideological colonization, often in disregard for the identity, dignity, and sensitivities of peoples."

Archbishop Jurkovic added that "it is rather unfortunate, yet increasingly less surprising given its frequency, that a UN Report, which should defend the fundamental and universal human right of freedom of religion or belief as well as the right to conscientious objection, is now attacking the very reality it is called to defend."

The Holy See mainly reacted to the frame of the Report, which builds on a twisted interpretation of the right to religious freedom to advocate LGBT rights, which are now considered on a par of human rights. The Holy See has always noted that the so-called "new human rights" have never gotten an international consensus, as the human rights of the Human Rights Charter did 70 years ago.

In particular, the Report targeted religions for preventing the States from defending gender ideology and LGBT rights.

"In all regions of the world, the Report read, actors citing religious justifications for their actions have advocated to governments and to the broader public for the preservation or imposition of laws and policies that directly or indirectly discriminate against women, girls and LGBT+ persons."

The Special Rapporteur underscored "that States that maintain laws criminalizing consensual same-sex relations have occasionally referred to religious 'justifications' for maintaining them," and that "many governments maintain legal provisions that discriminate against LGBT+ persons, including in healthcare, housing, social security, employment, marriage and parental rights, often on religious grounds."

The Report also attacked the religious sentiment by saying that "laws criminalizing adultery are often rooted in patriarchal interpretations of religious doctrine and have a disparate impact on women", while "discriminatory religious edicts inform laws and policies that restrict sexual and reproductive rights ...., including, but not limited to, partial or total bans on access to abortion and contraception, prohibitions on assisted reproductive technologies and gender reassignment surgery, and limits on the provision of evidence-based sexuality education."

The Report targeted religious institutions for "promoting and perpetuating interpretations of religious tenets to promote gender-based violence and discrimination against women, girls and LGBT+ persons; including physical, sexual and psychological harm."

The Report even noted that "in three States, religious interest groups have attempted to change the constitution to define 'the family' according to religiously grounded heterosexual norms. Interest groups are also reportedly misusing freedom of religion or belief to oppose self-determination rights for gender diverse persons".

Hence, the strong reaction of the Holy See. As Archbishop Jurkovic noted, it is not the first time that a UN report advocated for LGBT rights.

For instance, the Report of the UN Committee for the Rights of the Child on the Holy See, issued in February 2014, did not focus on how the convention was applied in Vatican City State, as it should, but rather asked the Holy See to change its teaching.

At that time, the Committee "regretted that the Holy See continues to place emphasis on the promotion of complementarity and equality in dignity," which it claimed, "are often used to justify discriminatory legislation and policies."

The committee asked "the Holy See to review its position on abortion … identifying circumstances under which access to abortion services can be permitted;" said that the Holy See should "assess … its position" regarding adolescents' access to contraception;" urged the Holy See to "remove gender stereotypes from Catholic school textbooks … which may limit the development of the talents and abilities of boys and girls and undermine their educational and life opportunities."

The Report, in the end, is nothing new under the sun. The Holy See strong stances against, by the way, shed light on how dangerous this position is for religious freedom. It is hoped that the Holy See's words will not fall on deaf ears.