Europe and the challenge of religious freedom 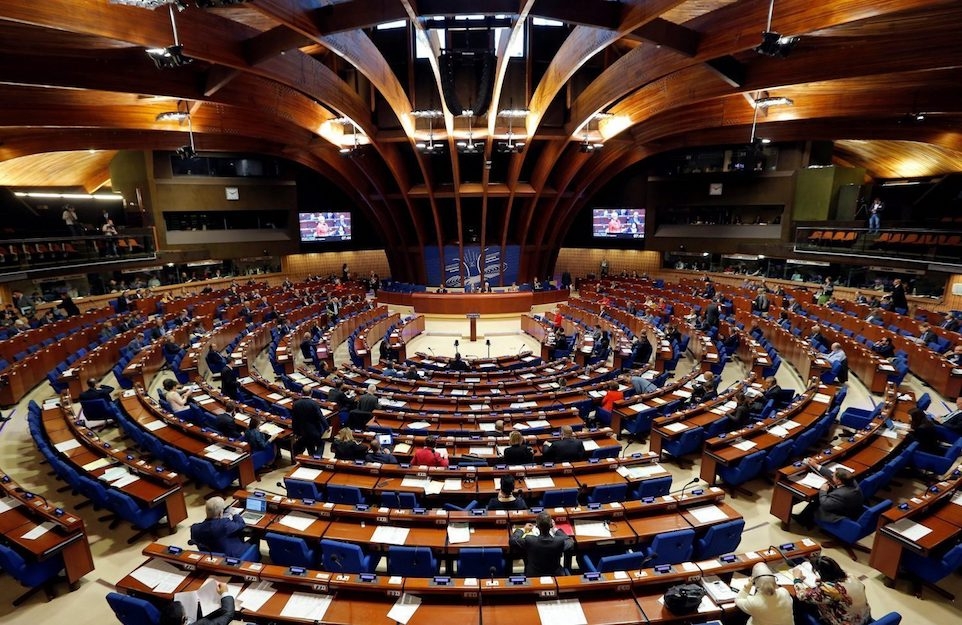 By Andrea Gagliarducci, published by Catholic News Agency and re-printed with permission of the author

The European Union’s Special Envoy for promoting the Freedom of Religions and Belief outside of Europe will soon be appointed. Maragaritis Schinas, vice-president of the European Commission, announced the Office's re-establishment in a tweet on July 8.

The announcement brought to a close what had been at times a very lively debate.

The president of the European Commission originally decided not to appoint somebody in the role of advisor to her in the capacity of special envoy “at this time”.

Then, after protests from many organizations, the Commission reversed itself. The position is still vacant, so everything is still up in the air and anything could happen: Why, then, is it so important to have a special envoy for religious freedom in Europe?

The special envoy's Office was established in 2016, right after Pope Francis had been awarded the Charlemagne Prize. Jan Figel became the Special Envoy. During his mandate, Jan Figel traveled worldwide, opened bridges of dialogue, and had a crucial role in the liberation of Asia Bibi, the Pakistani woman who had been sentenced to death for blasphemy and then acquitted.

Many backed the re-establishment of the position. Cardinal Jean-Claude Hollerich, Archbishop of Luxembourg and president of the Committee of the Bishops of the European Union (COMECE), noted that "in some countries, the religious oppression reached the level of a genocide" and for this reason "the European Union must continue to campaign for religious freedom, with a special envoy."

This semester, Germany is president of the Council of the European Union. So 135 German members of Parliament asked the government to use the position to press the EU to restore the Office.

Austrian members of Parliament signed a joint resolution with the same goal, and Jewish, Orthodox, and Muslim labels protested against the cancellation of the position.

It was then expected that the new European Commission was going to renew the mandate. It did not happen at first. In June, the Commission sent a letter to the International Religious Freedom Roundtable, a convenor of NGOs and individuals from any faith that works for religious freedom.

In the letter, the Commission confirmed that they would advance religious liberty according to the 2013 EU guidelines, which recognize the human right to freedom of religion and belief and understand that right under European law to mean that everyone is free to believe, not to believe, change their beliefs, publicly witness their beliefs and share their beliefs with others.

In the letter, the Commission also said that violations were going to be monitored by the EU delegation. The delegation and Eamon Gilmore, special representative for human rights, were supposed to report on the violations

After that, and all the protests, the Commission changed its mind and announced that the Special Envoy position for religious freedom was going to stay. Everything, by the way, is still suspended. We yet do not know who will be the next special envoy, and under which mandate.

Religious freedom inside the EU border is guaranteed under the EU charter of fundamental rights which is policed by the EU fundamental rights agency in Vienna. In addition, all the member states of the EU are constrained by fundamental democratic principles for which the commission can hold them to account if their laws don’t correspond.

The most recent cases came from Finland and Sweden.

Päivi Räsänen, a member of Finnish Parliament and former minister, faces four investigations after tweeting a Bible passage questioning that the Evangelical Church in Finland sponsored the Pride 2019.

Ellinor Grimmark and Linda Steen, two Swedish midwives, appealed to the European Court for Human Rights because they found unemployed and could not apply for any job since they refused to help to perform abortions. The appeal was, however, declared inadmissible.

These are not the only cases, and it is not a new situation. It is worth remembering that the Holy See personally took the floor in 2013. Following the discussion of two cases at the European Court for Human Rights, the Holy See sent a note and widely explained why the religions are not "lawless areas" but instead "spaces of freedom."

The two cases that brought about the Holy See's note are Sindicatul' Pastoral cel bun' versus Romania and Fernandez Martinez versus Spain. Both of them provide food for thought even today.

The first case was about a labor union formed in 2008 by the clergy in an Orthodox Church diocese to defend their “professional, economic, social, and cultural interests” in their dealings with the church.

When the Romanian government registered the new union, the church sued, pointing out that her canons do not allow for unions and arguing that registration violated the principle of church autonomy.

A Romanian court agreed with the Church, and the union challenged the court's judgment in the European Court for Human Rights. The union argued that the decision not to register violated Article 11 of the European Convention, which grants a right to freedom of association.

In 2012, the chamber reasoned that, under Article 11, a state might limit freedom of association only if it shows "a pressing social need," defined in terms of a "threat to a democratic society," This did not happen in Romania. So the chamber faulted the Romanian court, and Romania appealed to the Grand Chamber – the final EU judicial appeal venue.

The second case regarded Fernandez Martinez, a Spanish instructor of religion. In Spain, public schools offer classes in Catholicism, taught by instructors approved by the local bishop. Fernandez Martinez did not get his bishop's approval. A laicized priest, Fernandez Martinez, took a public stand against mandatory priestly celibacy. When the school dismissed the instructor, he brought suit under the European Convention. His dismissal – he argued – violated his right to privacy, family life, and expression.

A section of the European Court ruled against him, because in withdrawing approval – the section stated – the bishop had acted "in accordance with the principle of religious autonomy"; the instructor had been dismissed for purely religious reasons, and it would be inappropriate for a secular court to intrude.

These two cases – the "Vatican foreign minister", then-Archbishop Dominique Mamberti noted – "call into question the Church's freedom to function according to her own rules and not be subject to civil rules other than those necessary to ensure that the common good and just public order are respected."

One should say that this is a vexata quaestio (an already widely discussed issue), with significance far beyond Europe.

Europe, however, is living in a particularly worrisome situation. The Observatoire de la Christianophobie in France and the Observatory on Intolerance and Discrimination against Christian in Europe report an increasing number of cases that are food for thought.

Religions became even more vulnerable after the coronavirus outbreak. Many provisions of various governments to counter the spread of the infection also jeopardized freedom of worship. It was an emergency, and everybody understands that, but at the same time, it is always essential to re-establish a principle, in order not to set a precedent.

While watching over the religious freedom in other countries, it would be good that Europe had some more proper monitoring of the situation within its borders.

As the Holy See keeps saying, religious freedom is "the freedom of all the freedoms," a litmus test for the state of liberty in each country. The appointment of an EU special envoy for religious freedom will be a welcome thing, therefore. It is yet to be seen, however, what will be the precise mandate and the powers of the Office. It would be good to expand its scope to address the violations of religious freedom within the EU, as well.